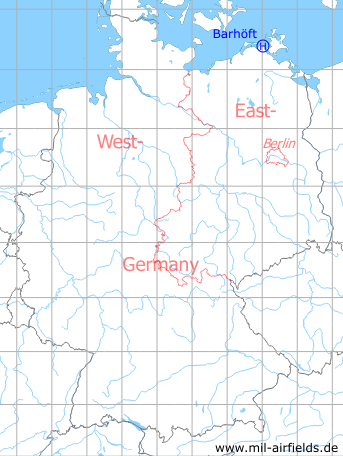 Barhöft is a small village on the Baltic Sea coast that had several military facilities during the GDR era. At the end of the 1980s, the port was home to the East German 3rd Border Boat Group and the 2nd Technical Observation Platoon of Border Battalion 2 of the 6th Border Brigade "Coast". The East German Navy Volksmarine operated a radio relay station in Barhöft. West of the village was an surface-to-air (SAM) missile site of the Anti-aircraft Missile Unit 4331 (FRA-4331) of the Air Force/Air Defense (LSK/LV). It was equipped with missiles S-125 Newa (NATO designator SA-3 GOA). In addition, the Ministry of State Security (MfS, Stasi) had an object in Barhöft of unknown purpose.
There were at least two barracks or two parts. One was built in 1965, had a floor area of approx. 4,300 sqm and was covered with 2-storey accommodation and storage buildings. The other was from 1974, had a property size of 19,000 square meters and was built with guard house, accommodation buildings, barracks, warehouse buildings, motor vehicle hall and boiler house.
Another East German source lists for the barracks of FRA-4331:
- Installation ID 01/937
- surface area: 22,3
- housing capacity: 83
For the 1980s, a helipad was designated for the Anti-Aircraft Missile Unit 4331, which is described below. 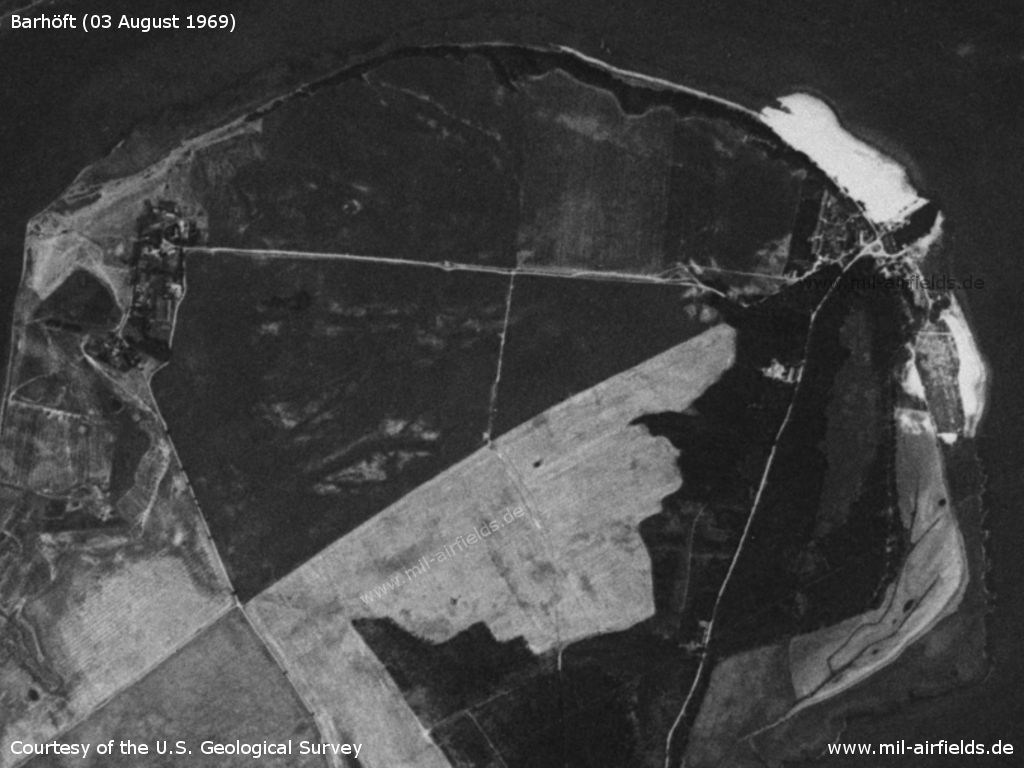 Satellite image of Barhöft, 03 August 1969 - At this time there was no anti-aircraft missile site yet.
Source: U.S. Geological Survey

Northwest of Barhöft, exact location unknown. The official coordinates N542538 E0130138 do not match in any geodetic system the distance of 200 m to the observation tower of the Volksmarine, which is mentioned as obstacle. 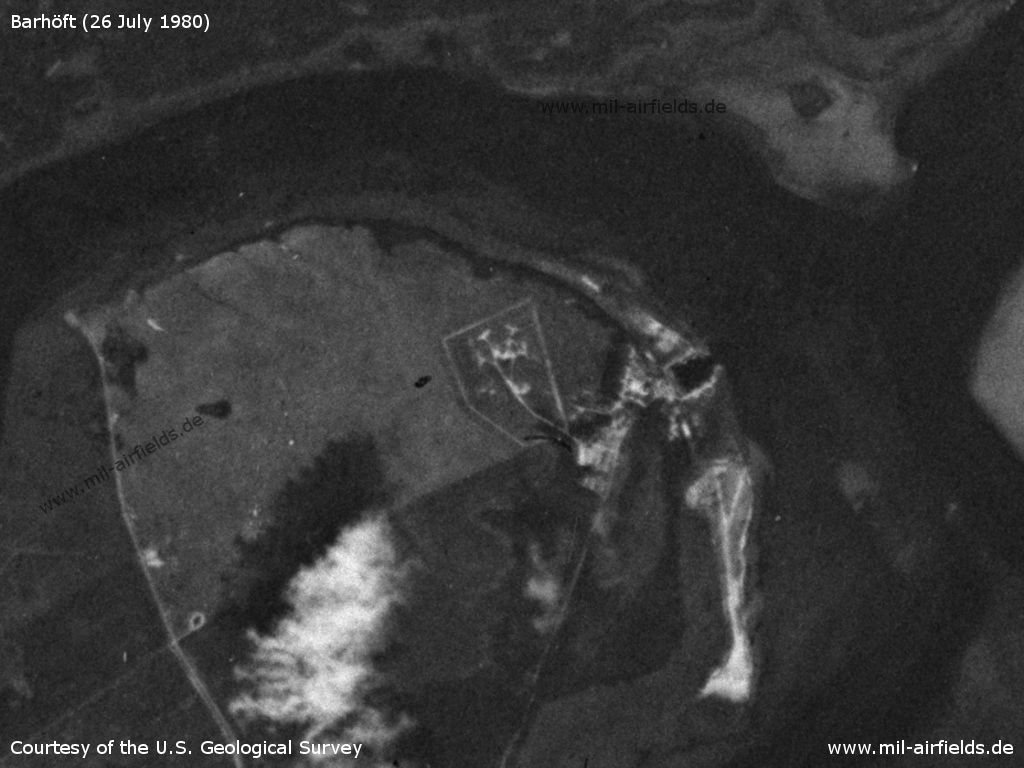 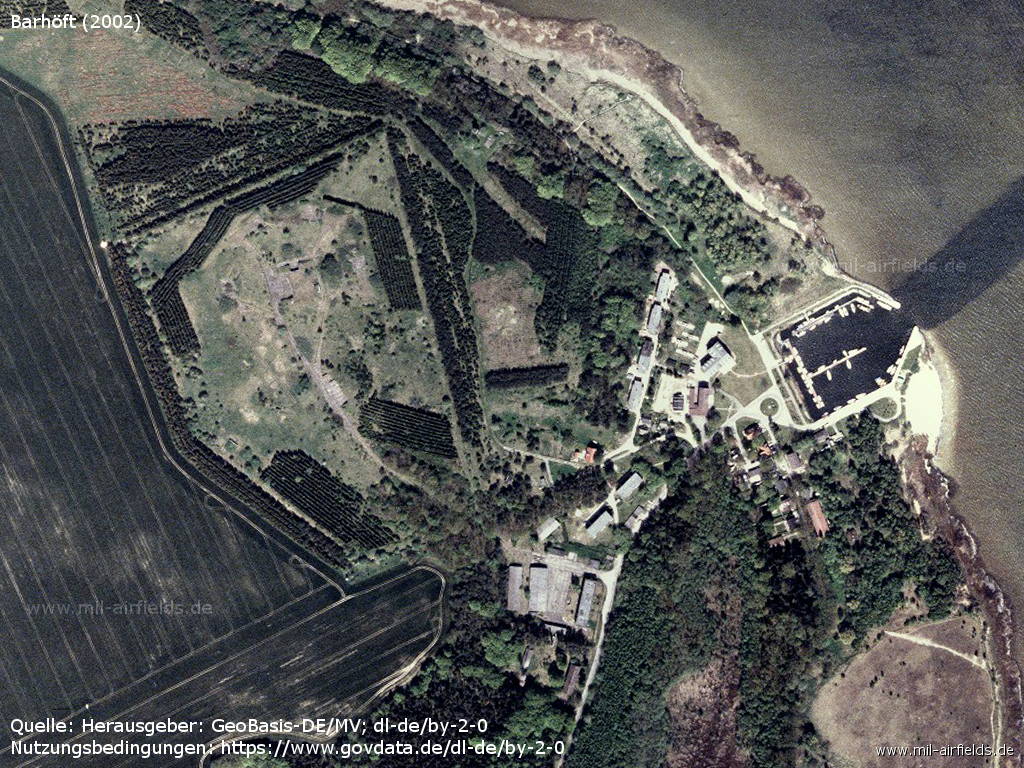 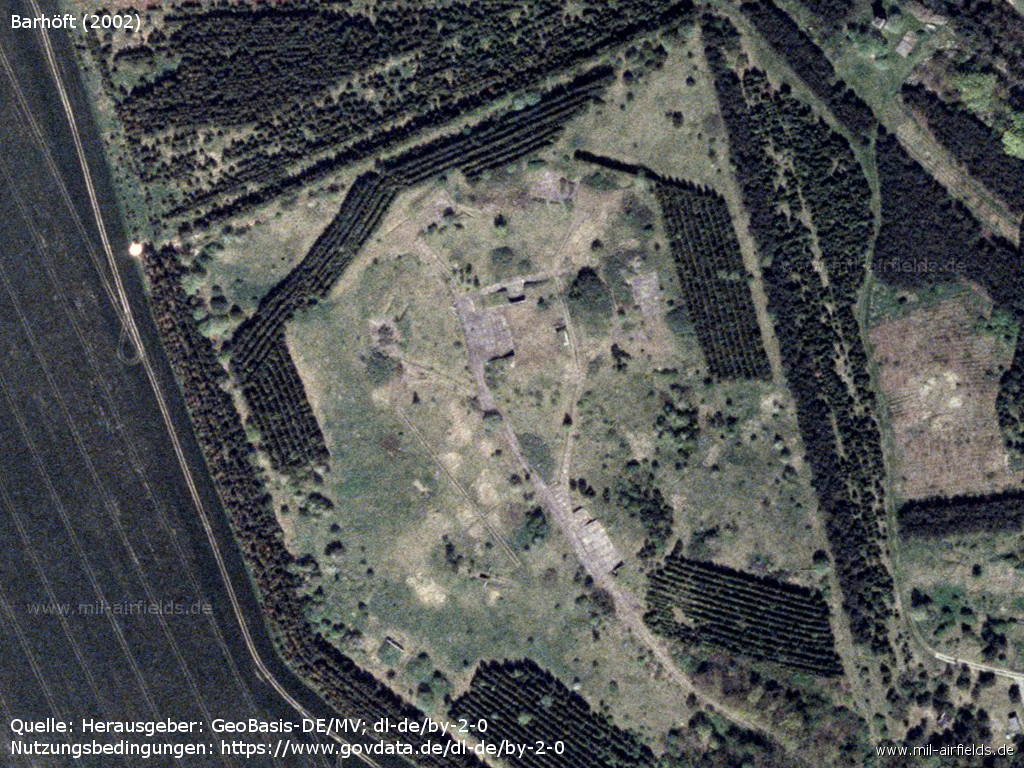 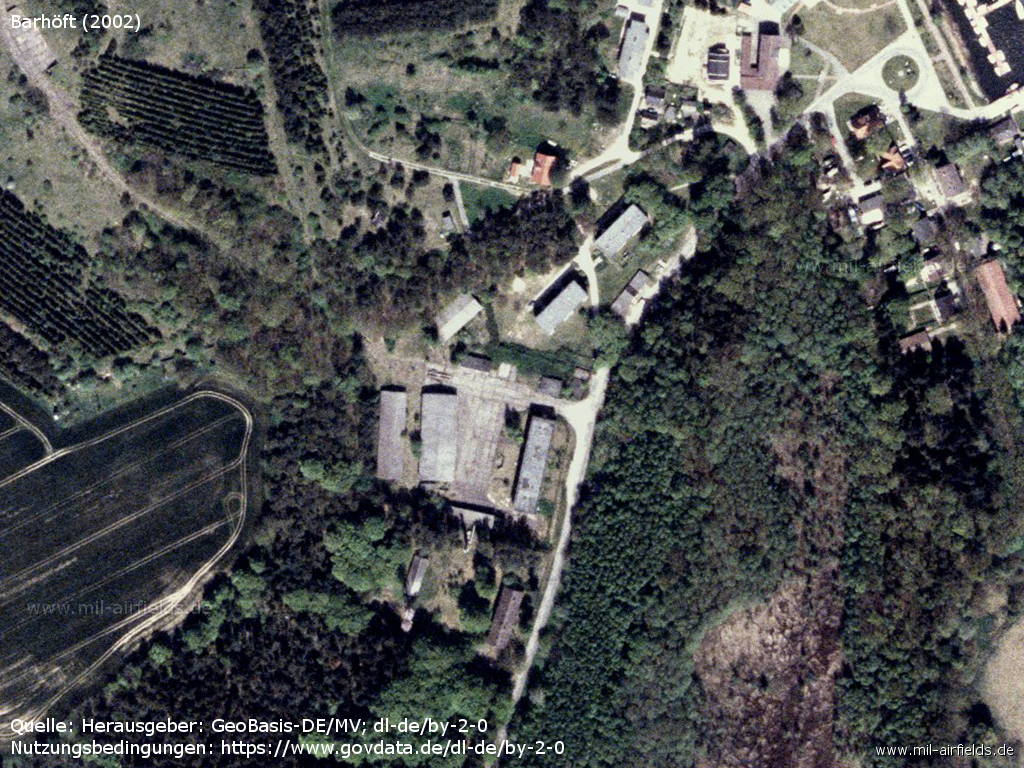 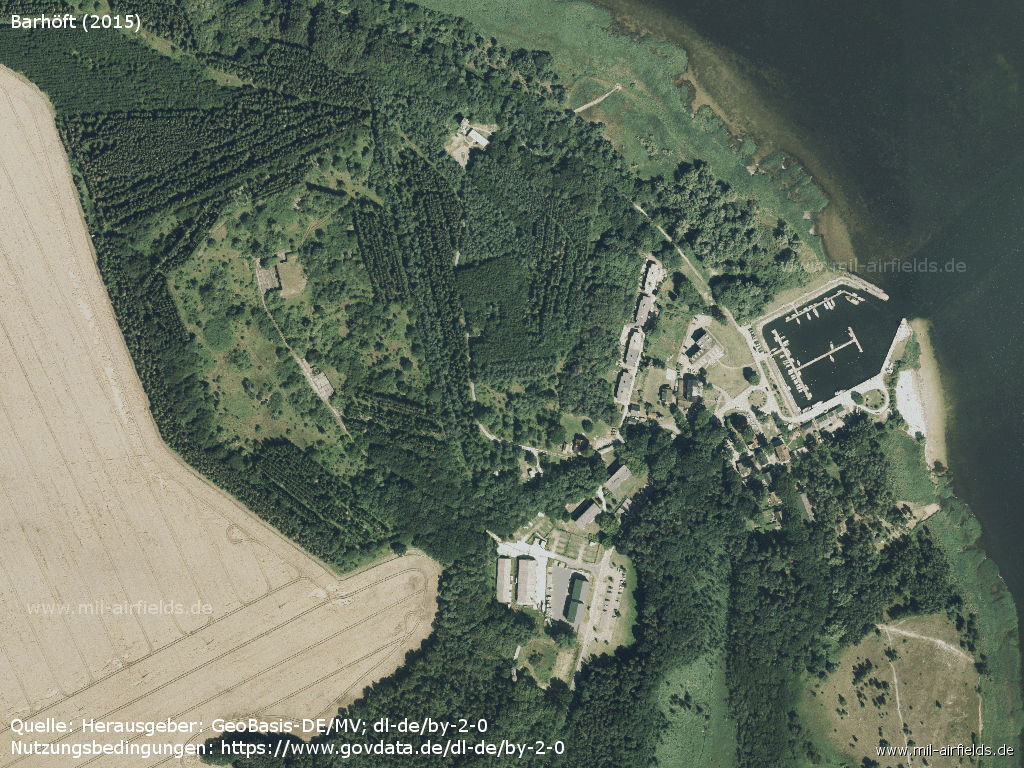 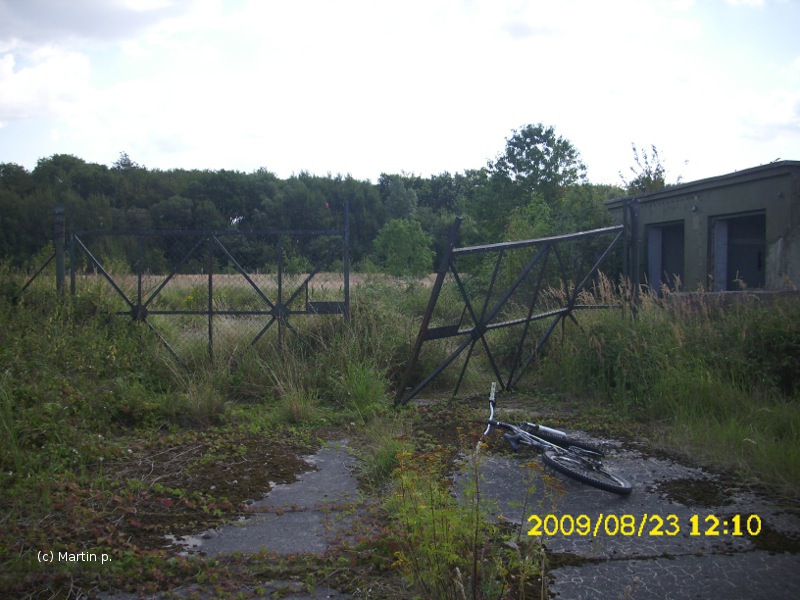 Parow Heliport, Germany
only 8 km away 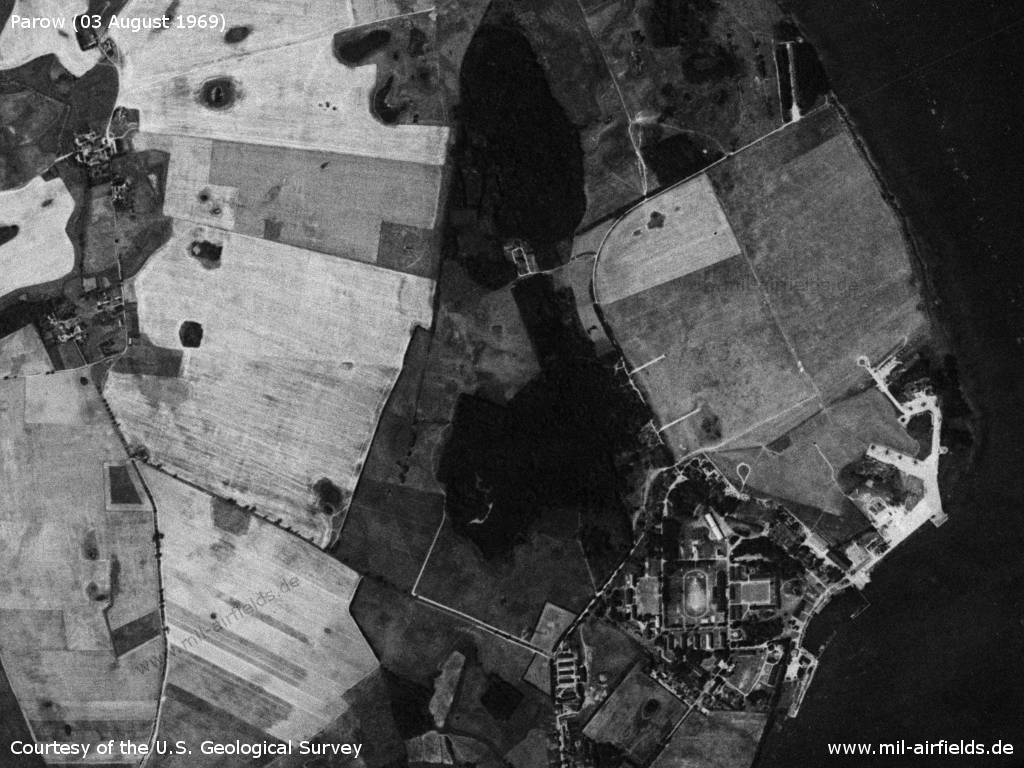 Barth Airport, Germany
only 23 km away 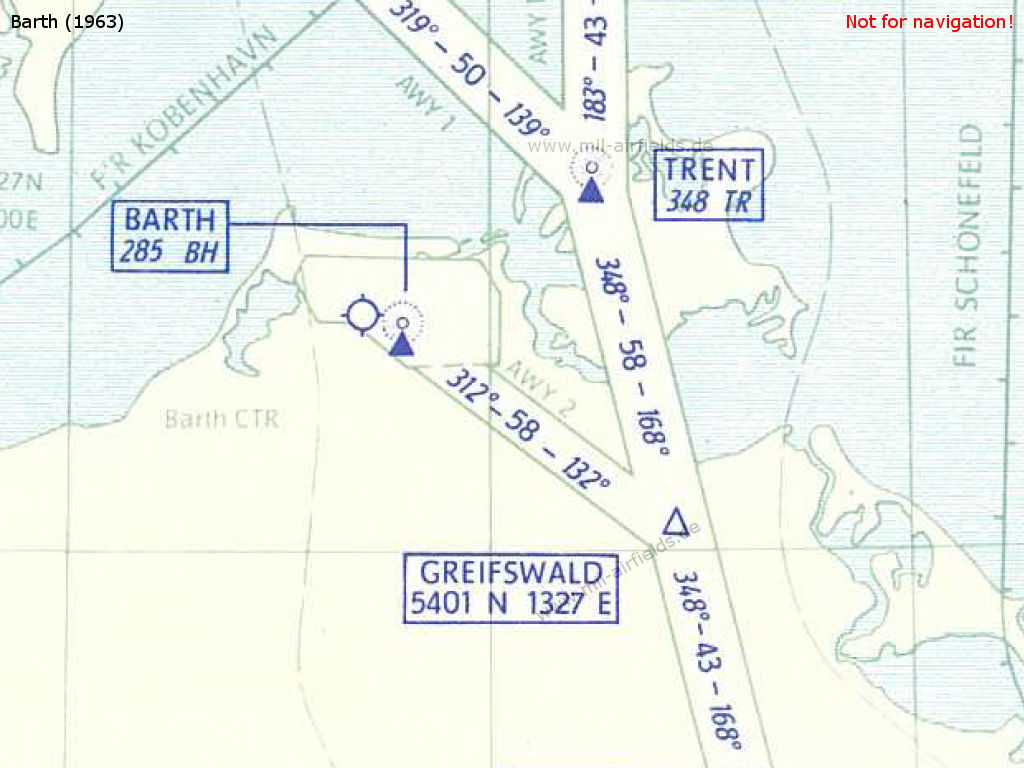 Radio beacons in Denmark in the 1950s