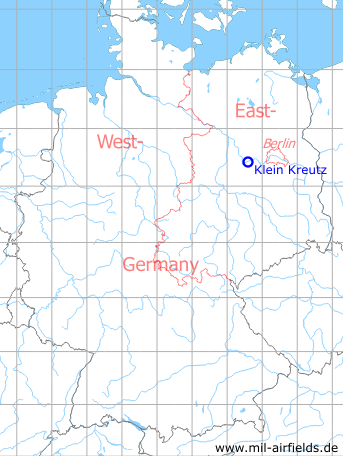 Emergency landing ground since the 1930s. 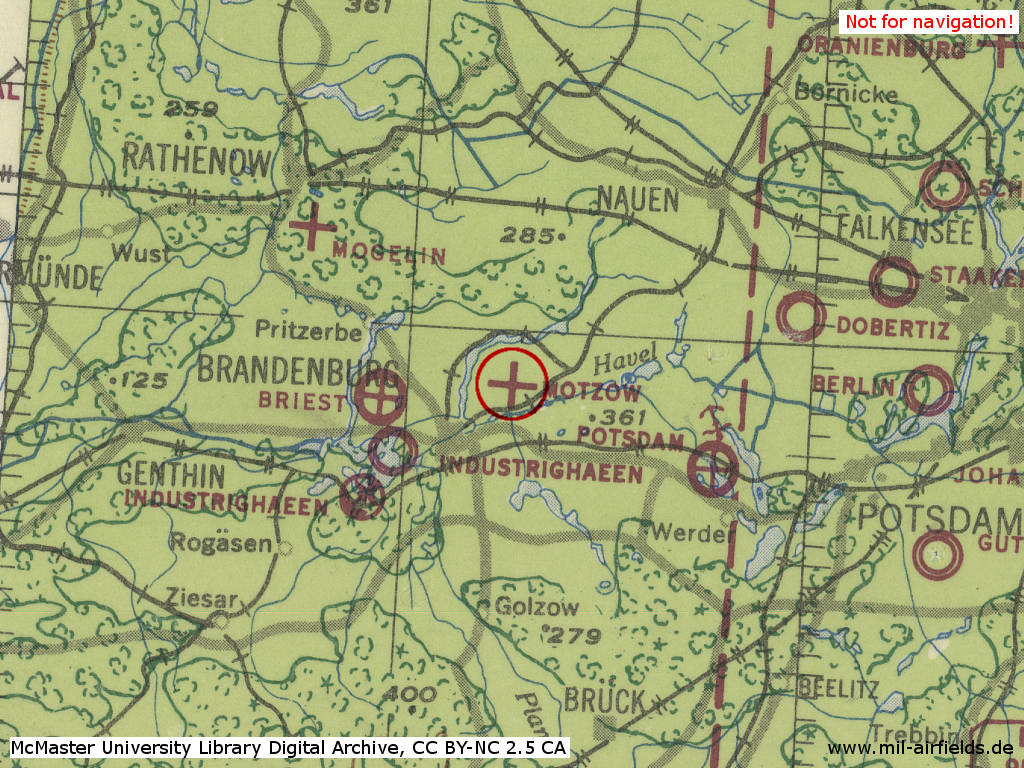 Training field of the former East German helicopter from Brandenburg/Briest. The airfield had the number 2134. In addition, the East German helipad 6008 "GST-Bezirksausbildungszentrum Klein Kreutz" was located here.

Reconnoitering report for the CIA from December 1949

No airfield was identified on either side of the Brandenburg (N 53&Z 23) - Moetzow (N 53/Z 24) road. No Soviet troops were quartered in Moetzow. There was no military object in the surroundings which could be seen at a distance of 2 to 2 km in good visibility.
Comment: Report is considered credible as no information on an airfield near Moetzow has been received ... A landing field, about 400 x 500 meteres, existed near Moetzow during the war.
Source: CIA 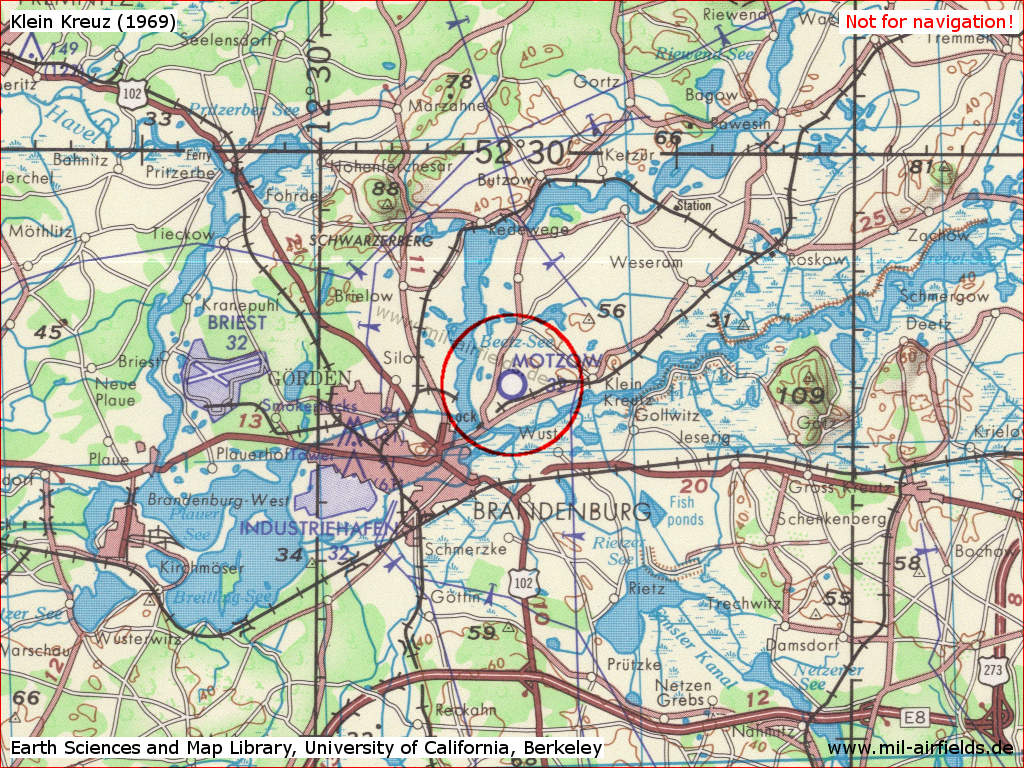 Klein Kreutz Airfield on a US map from 1969
Source: Earth Sciences and Map Library, University of California, Berkeley 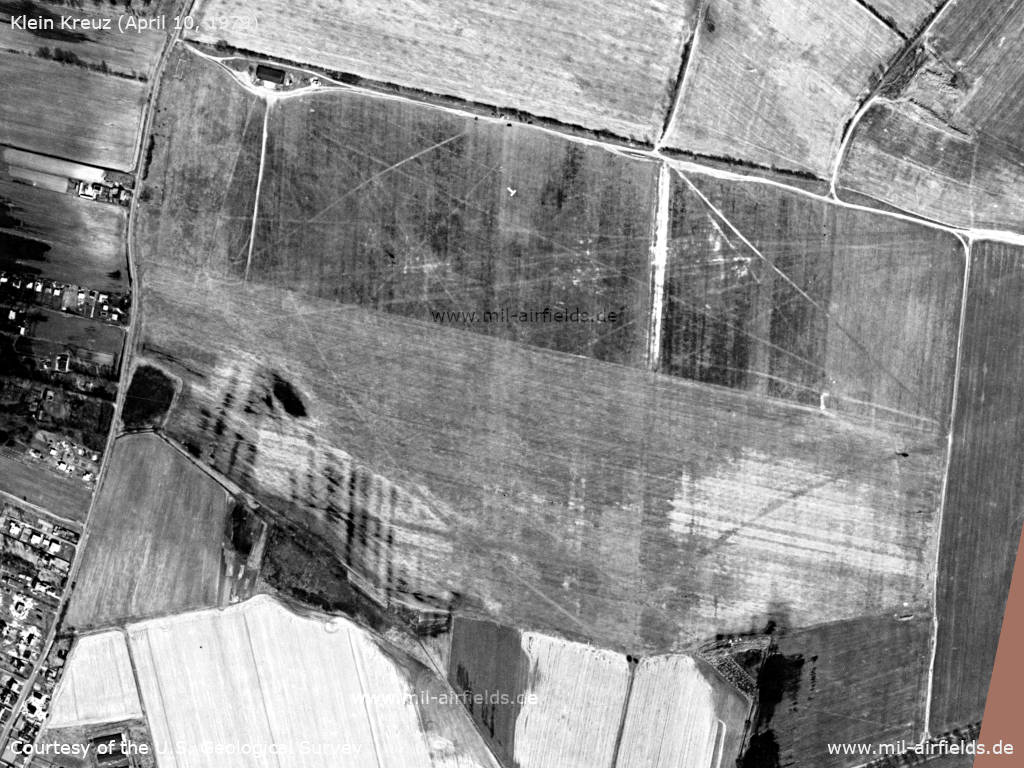 Klein Kreutz Airfield on a US satellite image from Tuesday April 10, 1979 - From the position of the sun it is late morning and there is light air traffic with 2 helicopters.
Source: U.S. Geological Survey 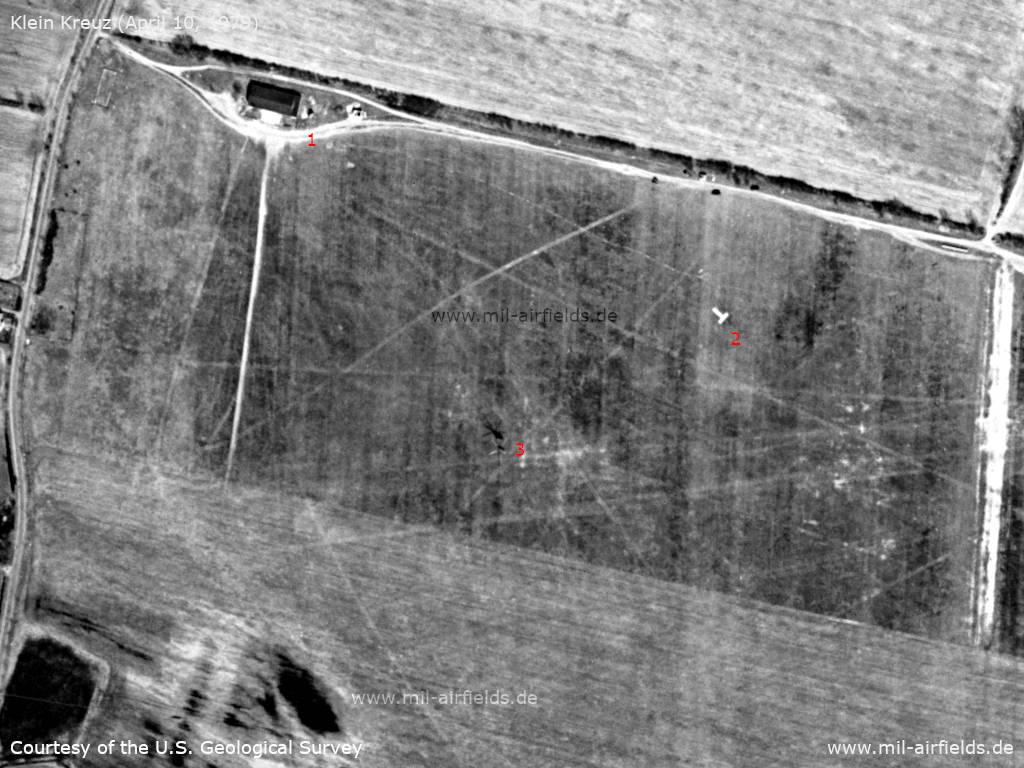 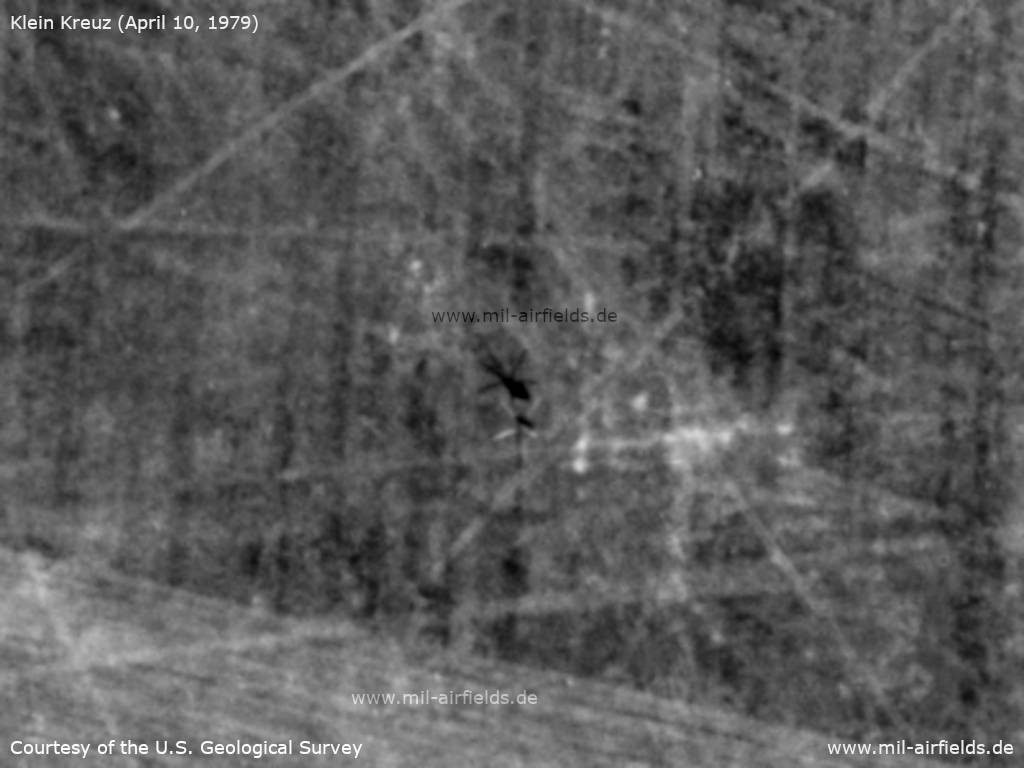 It is a 5-blade rotor, so it is probably a Mil Mi-8, probably of the East German Air Force
Source: U.S. Geological Survey 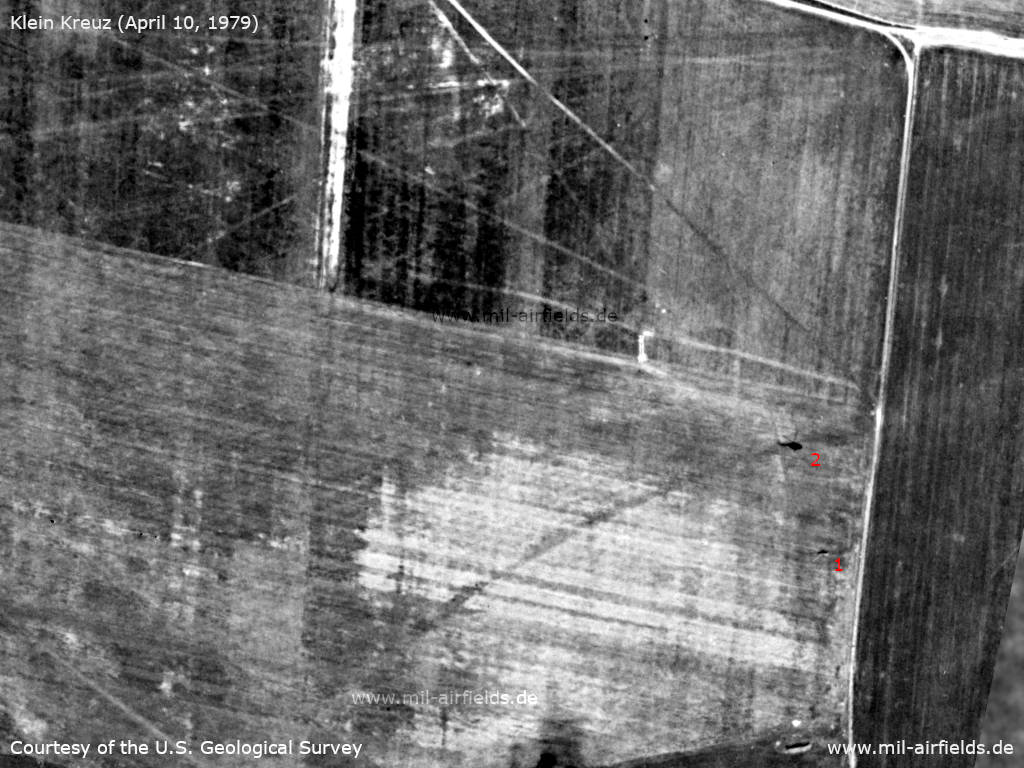 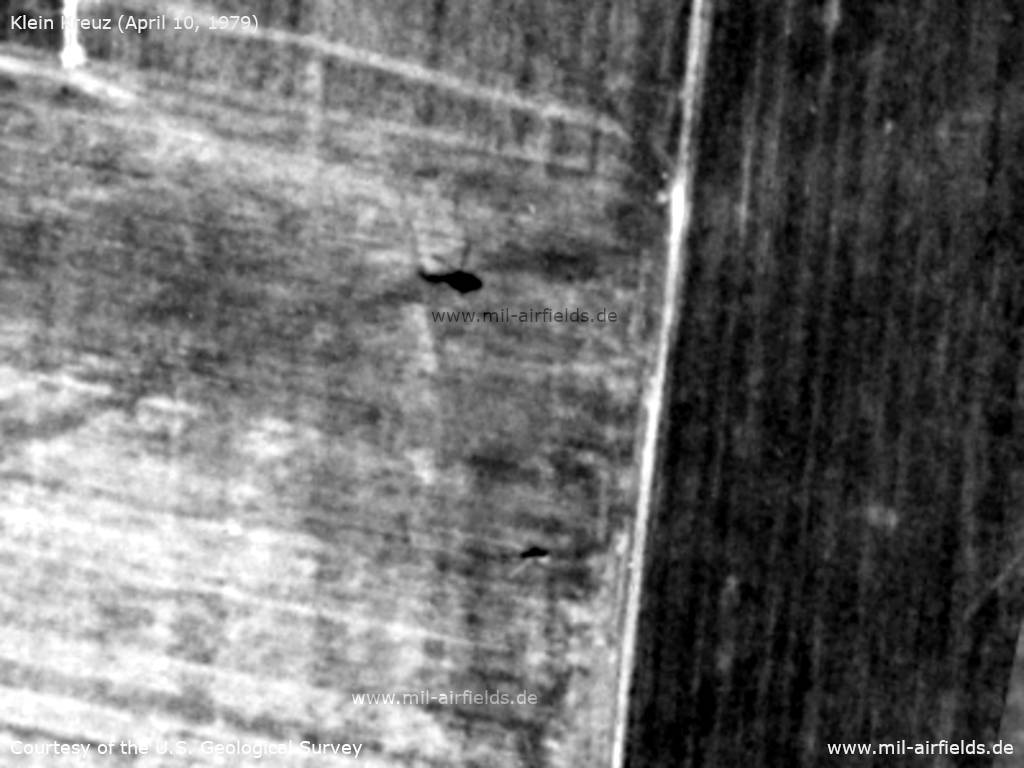 Enlargement: This also appears to be a Mi-8. - However, the helicopter appears to be flying much higher because the fuselage and shadow are farther apart.
Source: U.S. Geological Survey