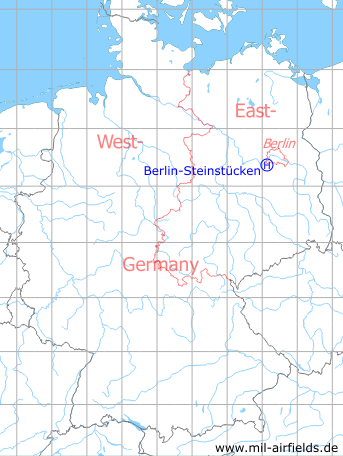 When the city of Berlin was divided into four sectors in 1945, the Steinstücken settlement belonged to the American sector, but as an exclave was completely surrounded by the state of Brandenburg and later by the GDR district of Potsdam. This meant that access was dependent on the arbitrariness of the GDR regime. To supply and protect the settlement, which was attacked several times by GDR troops, this helicopter landing site was set up by the US Army. With an exchange of territories in 1972, Steinstücken was given dedicated access and were thus no longer an exclave, which normalised the situation. 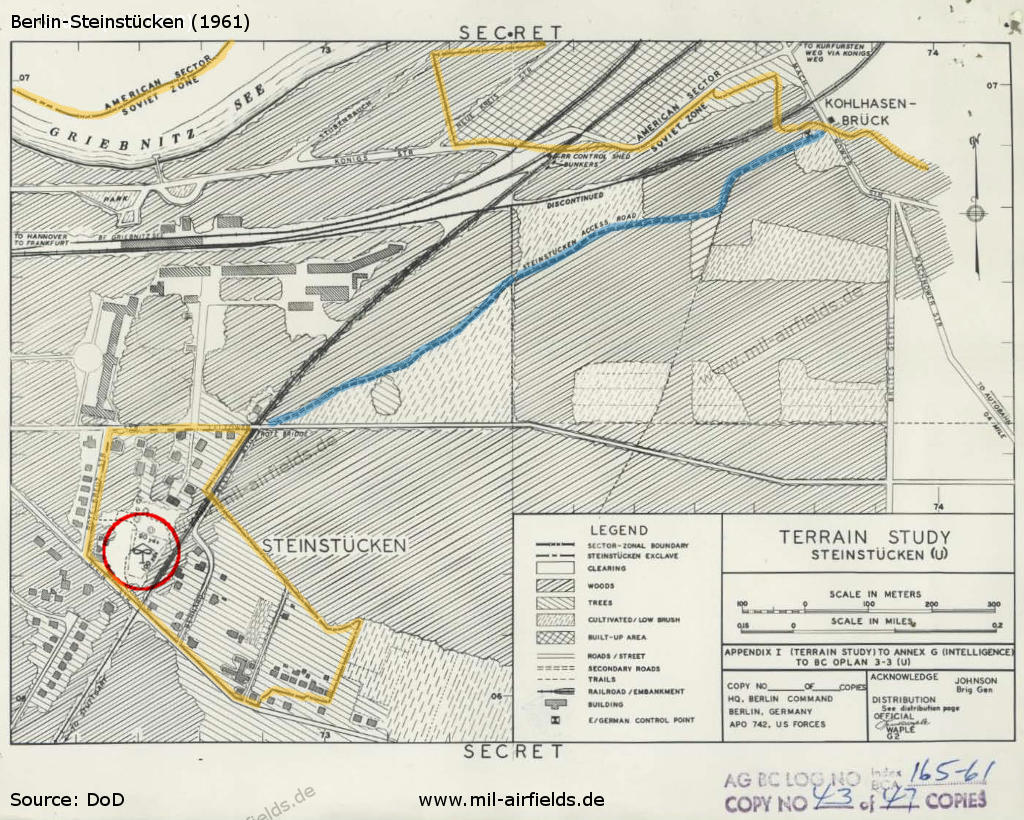 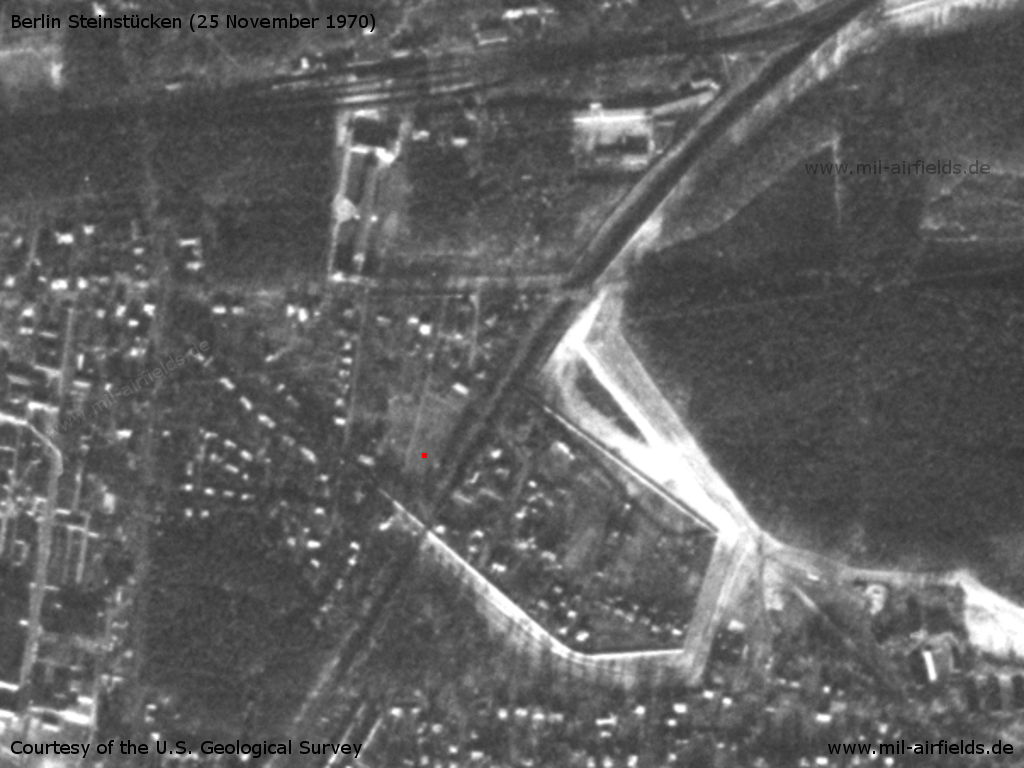 The exclave Berlin Steinstücken on a US satellite image from 25 November 1970 - In the eastern area, the Berlin wall is clearly visible. I marked the helipad with a red dot. The Potsdam-Griebnitzsee railway station is visible at the top of the picture.
Source: U.S. Geological Survey

Closed. For remembrance, the place is named today "Am Landeplatz" ("At the landing ground") and there is a memorial.