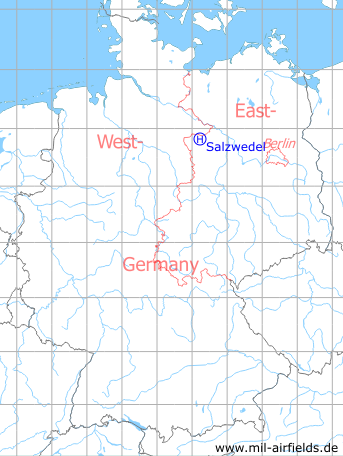 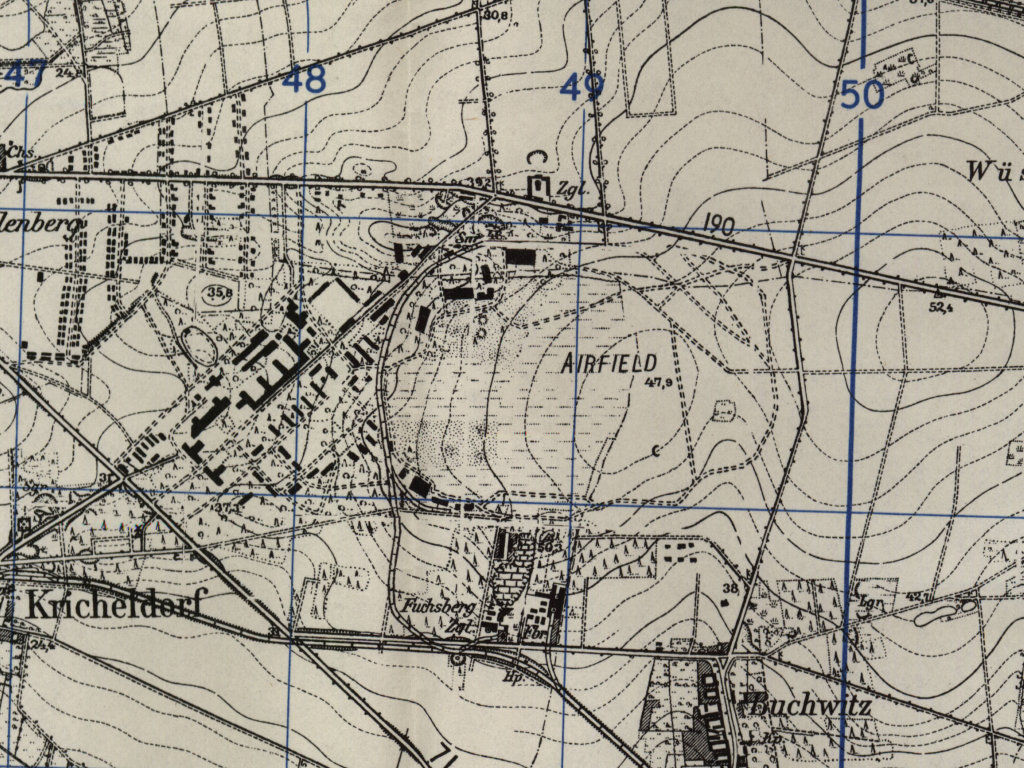 The former Salzwedel air base on a US map from 1951
Source: AMS M841 GSGS 4414, Courtesy Harold B. Lee Library, Brigham Young University

After the end of the Second World War in the second half of 1945, there was a Range radio beacon "Salzwedel" operated by US troops. According to the coordinates given, however, it was not located near Salzwedel, i.e. not in the Soviet zone, but in the British zone south of Wustrow (Wendland), near the zone border. Already at the beginning of 1946 it was no longer in operation. 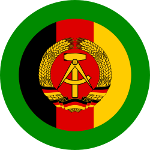 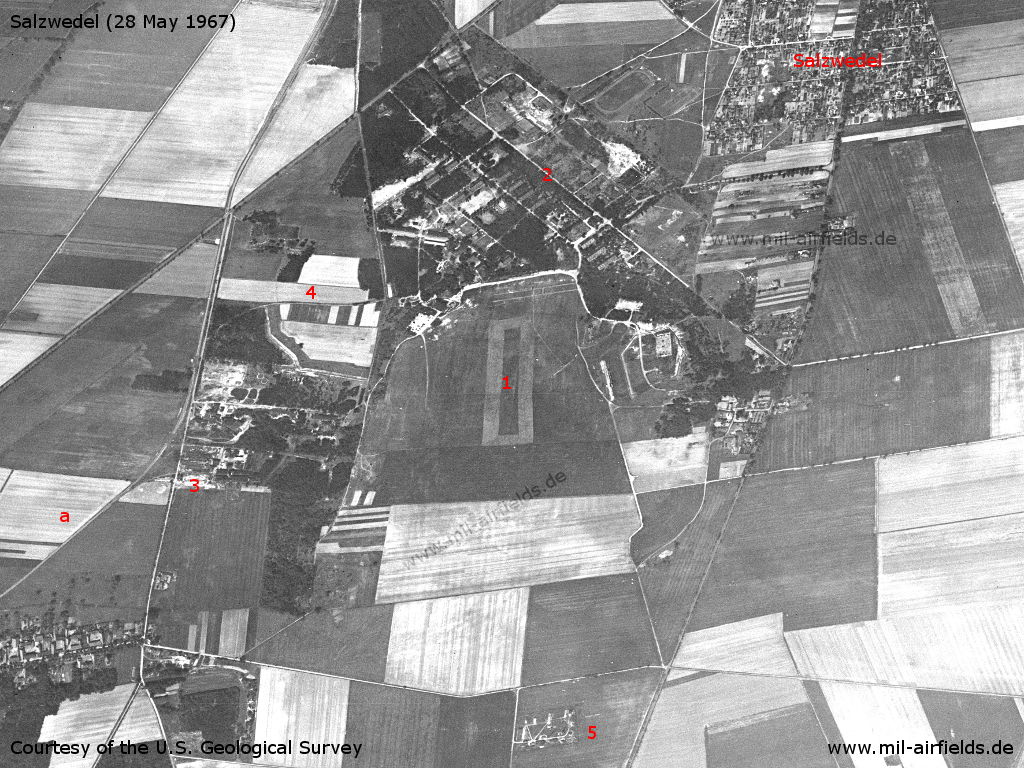 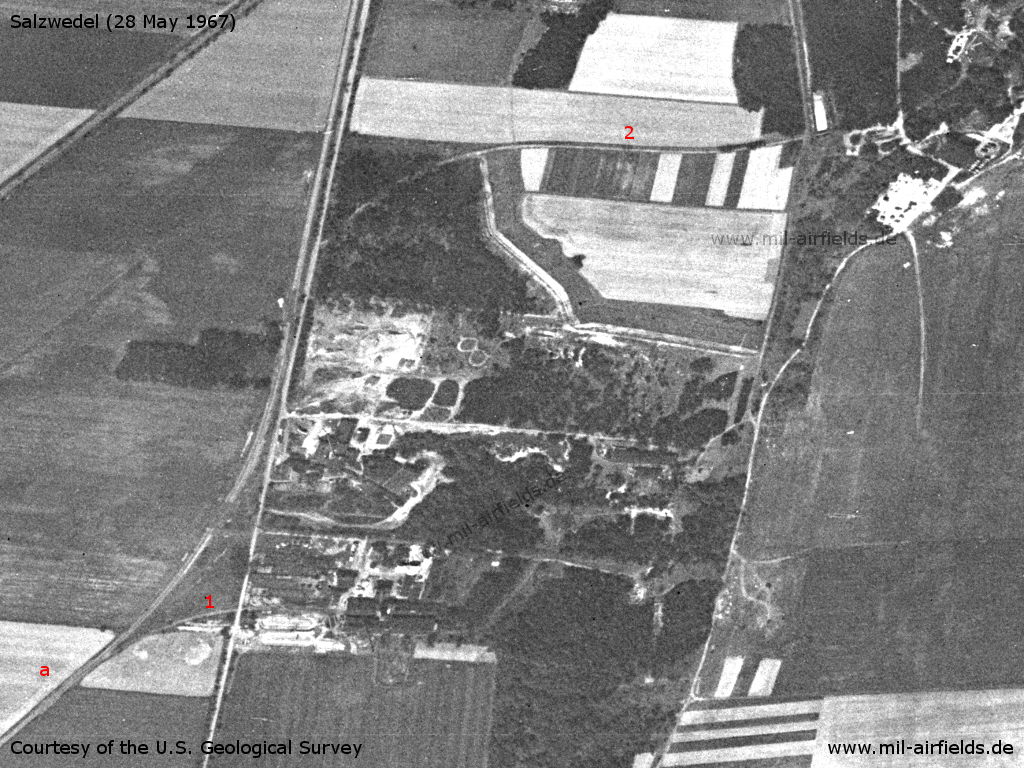 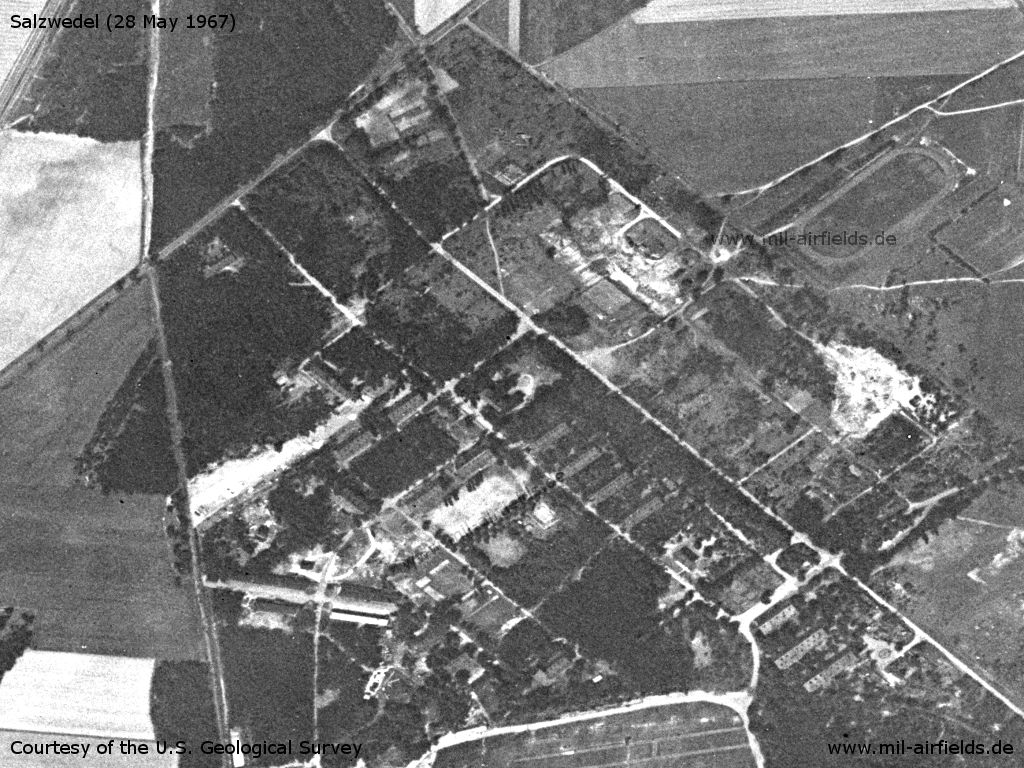 Enlargement: Barracks - Most of the buildings seem to have been demolished.
Source: U.S. Geological Survey 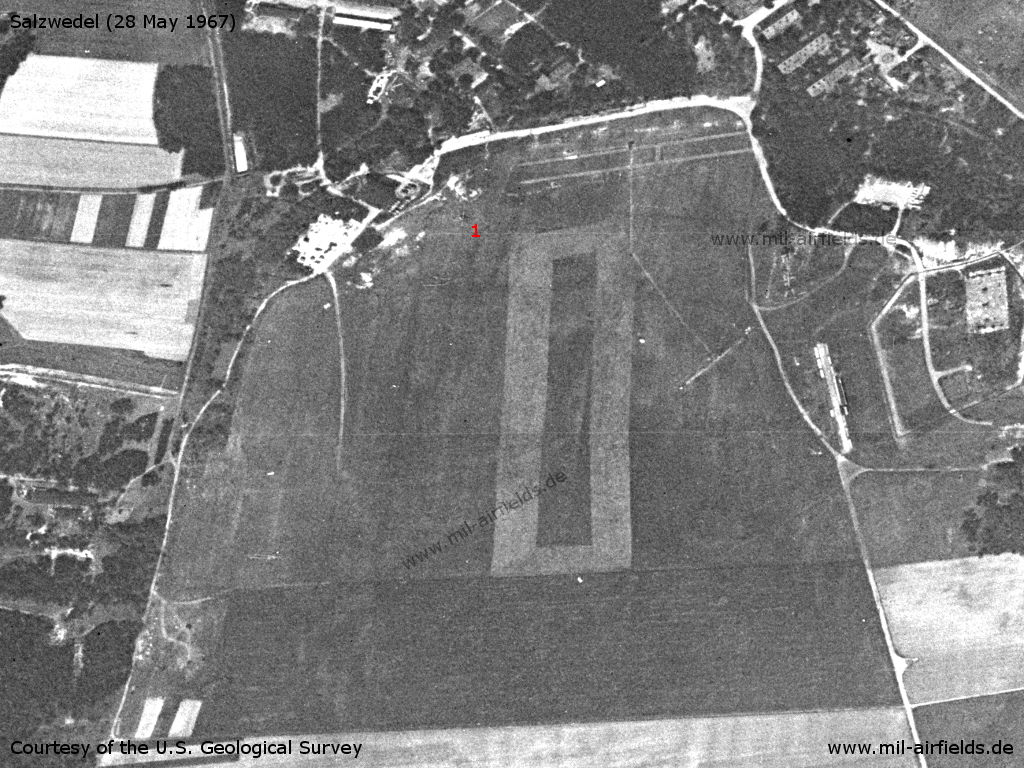 Enlargement: Airfield - 1: this could be a helicopter
Source: U.S. Geological Survey 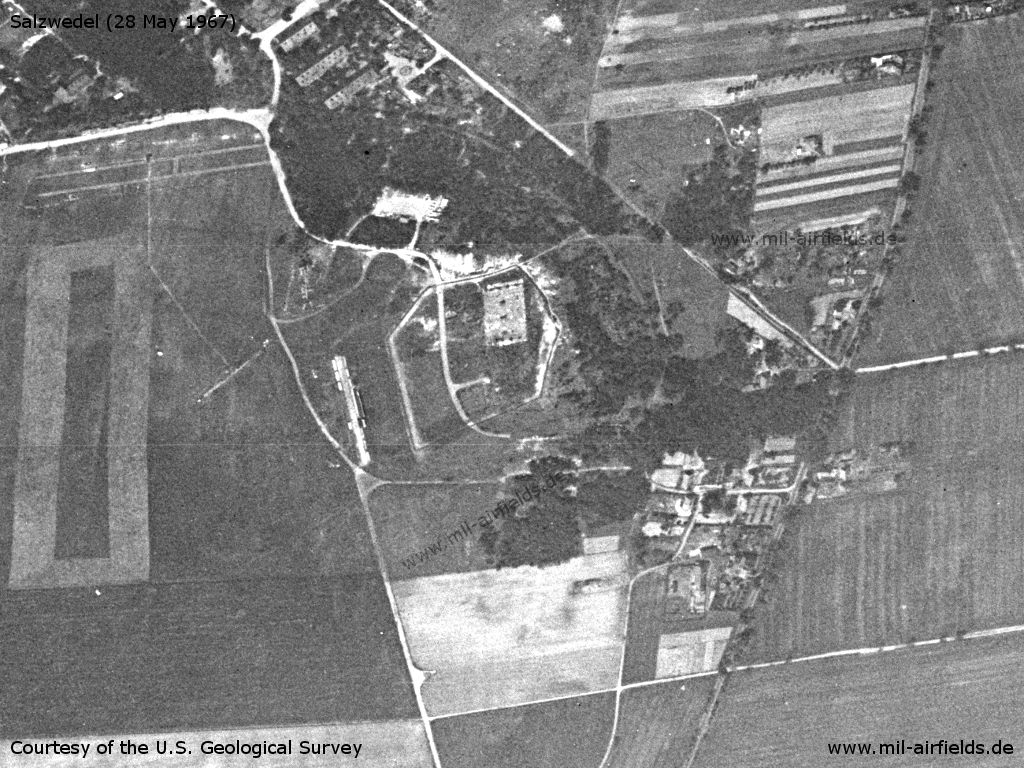 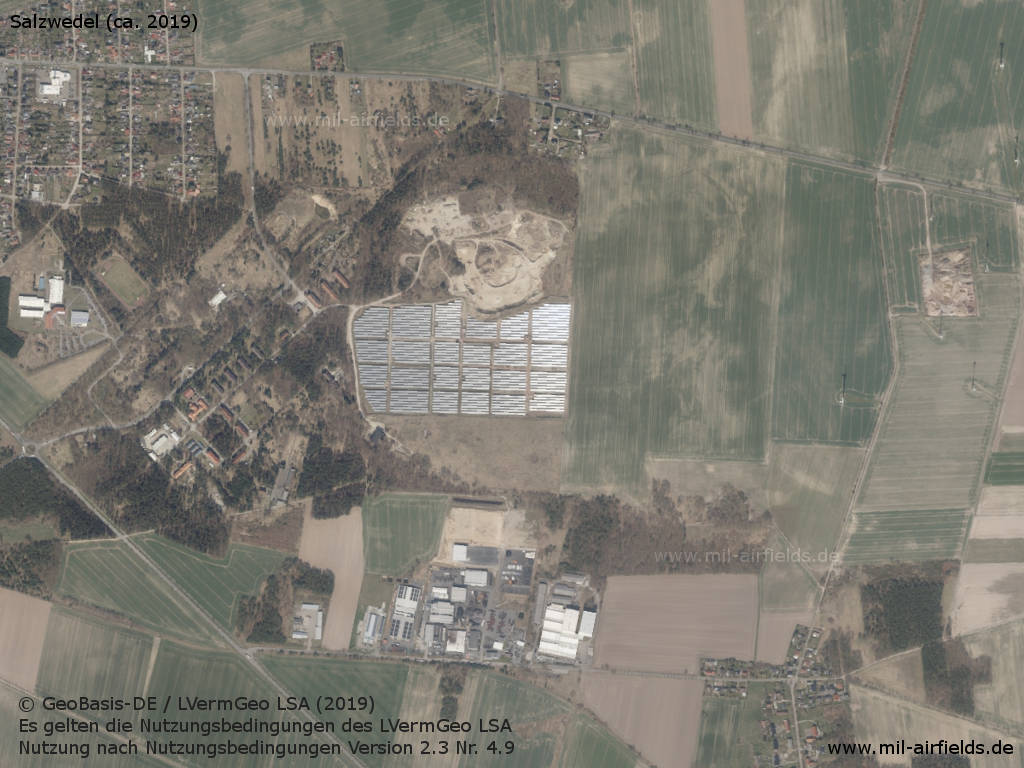 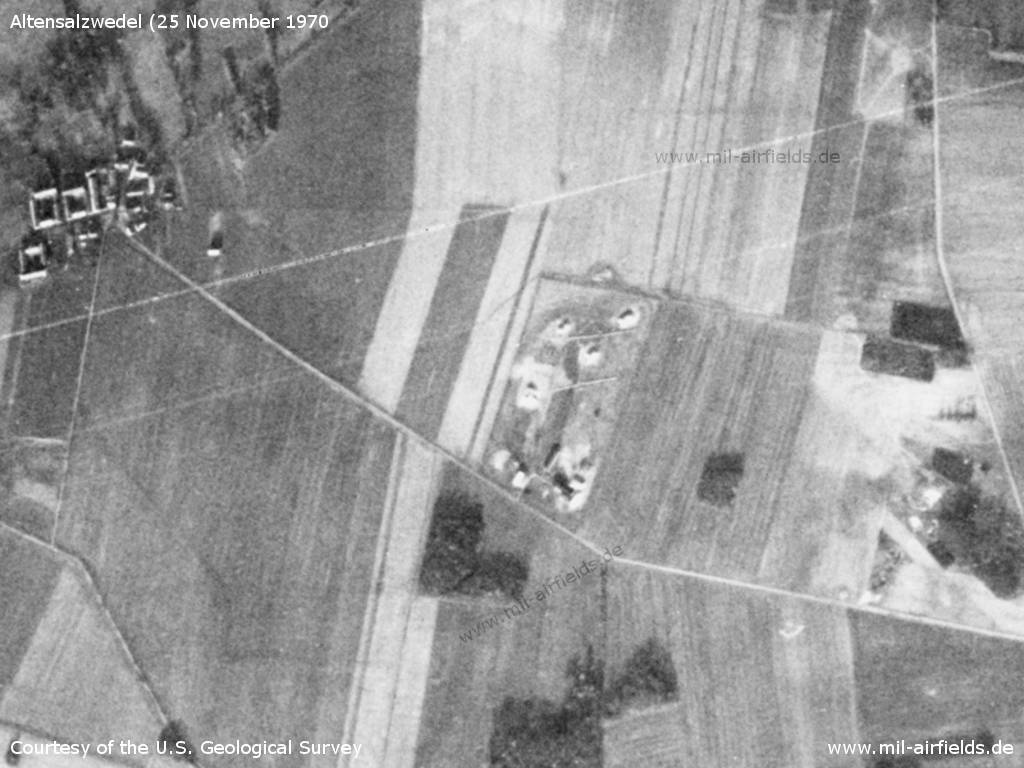 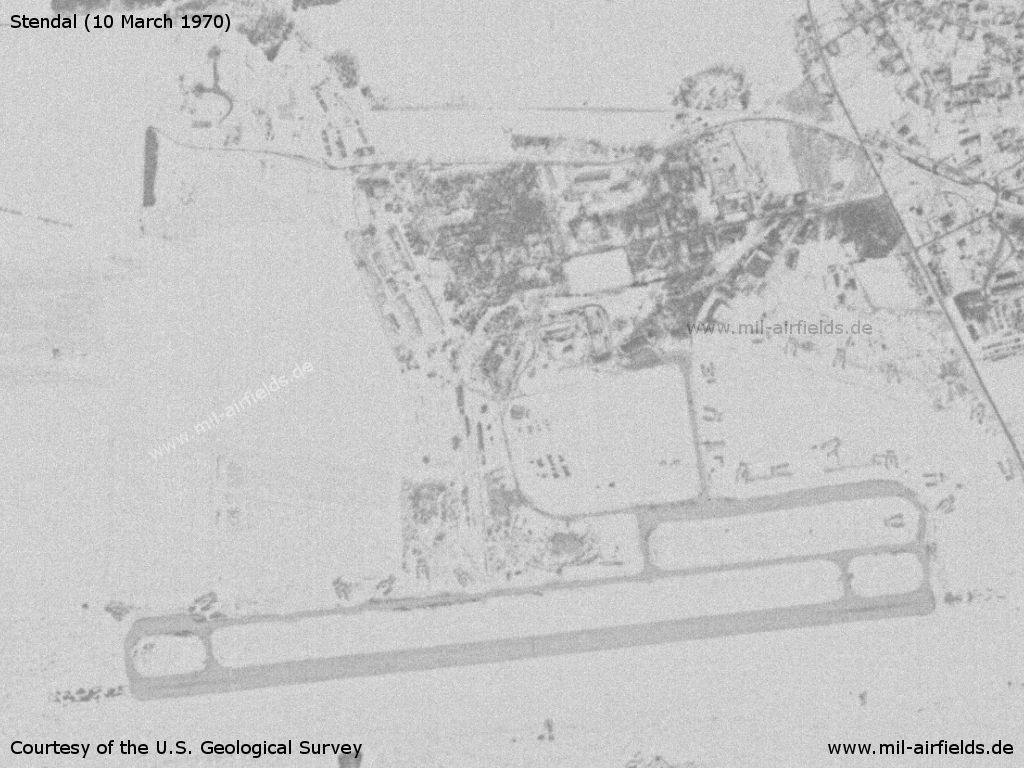 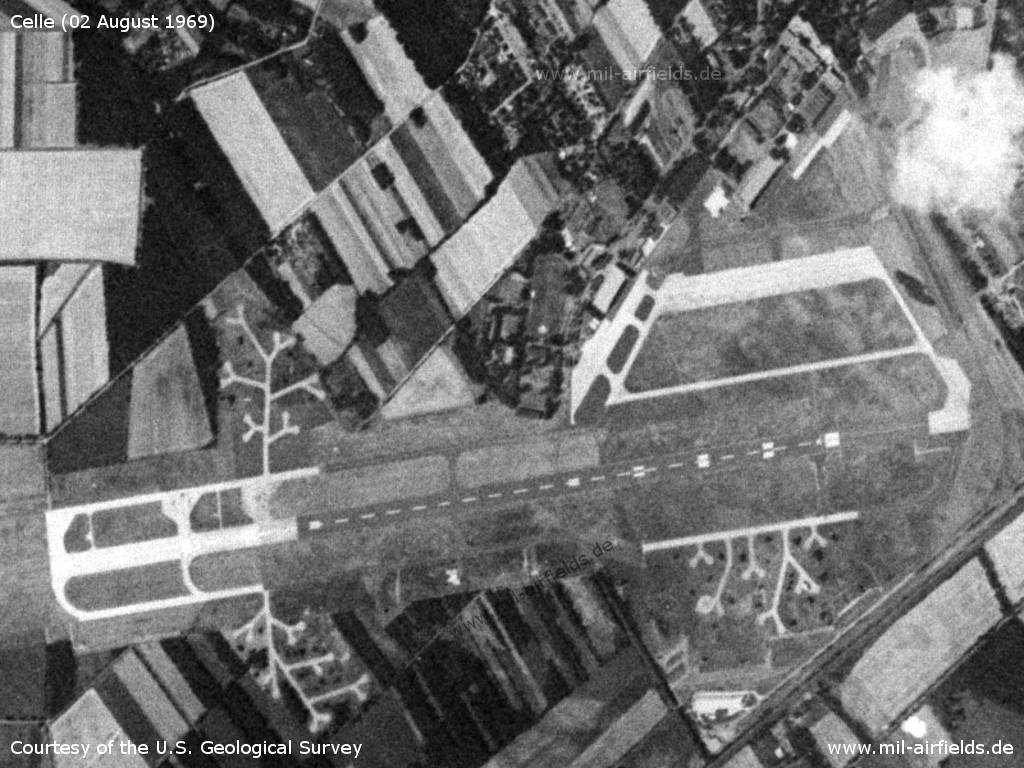 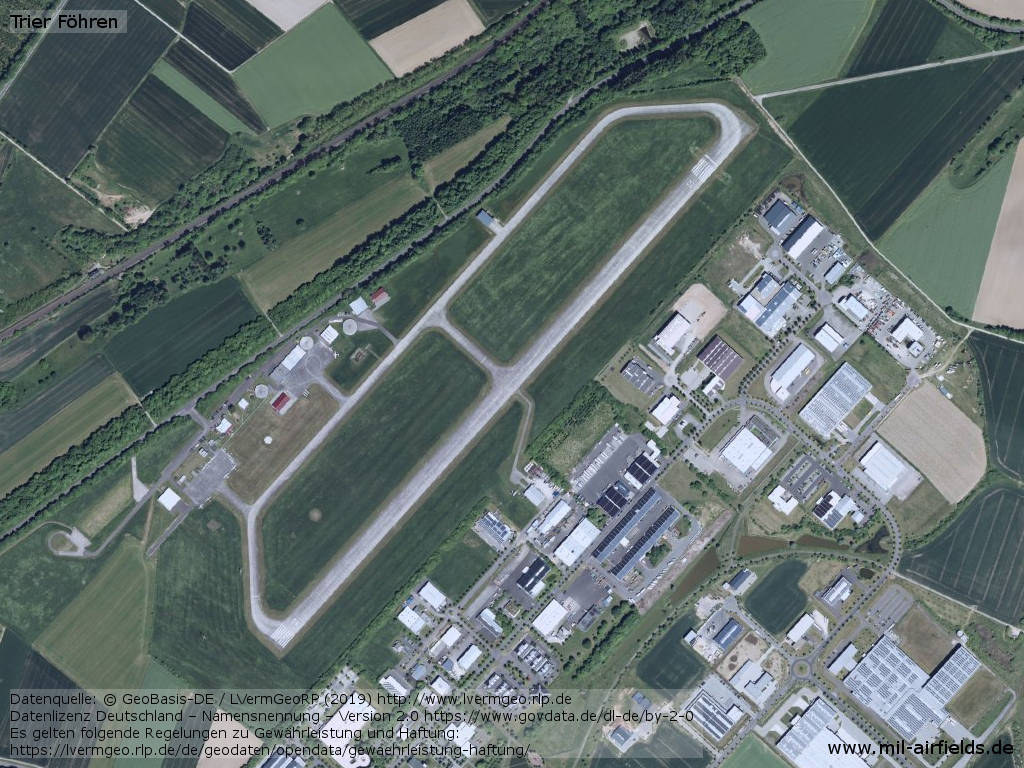