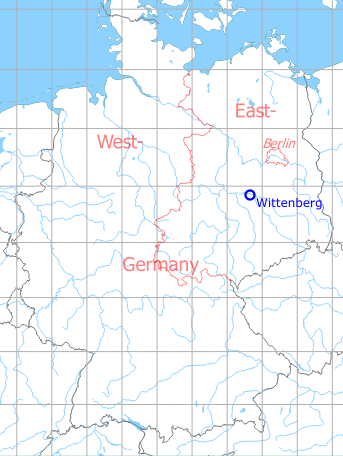 About 2 km south of Wittenberg; southwest of Bruckenkopf-Kaserne.

Landing ground for the Southern Corps of the Soviet Air Force in Germany. 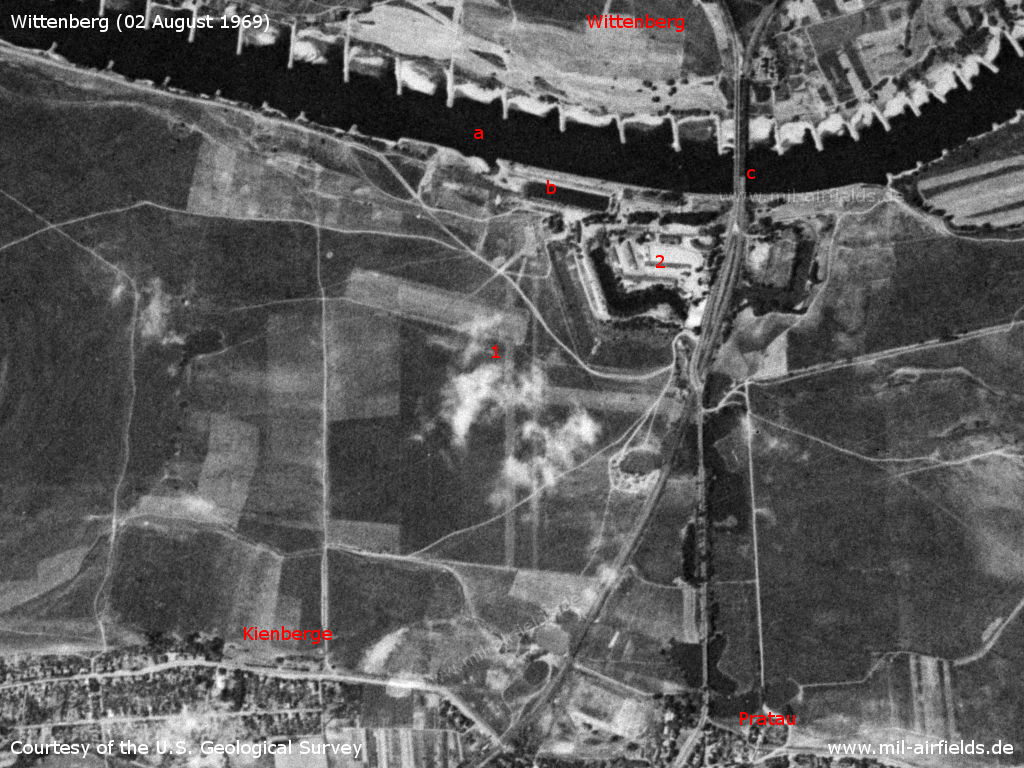 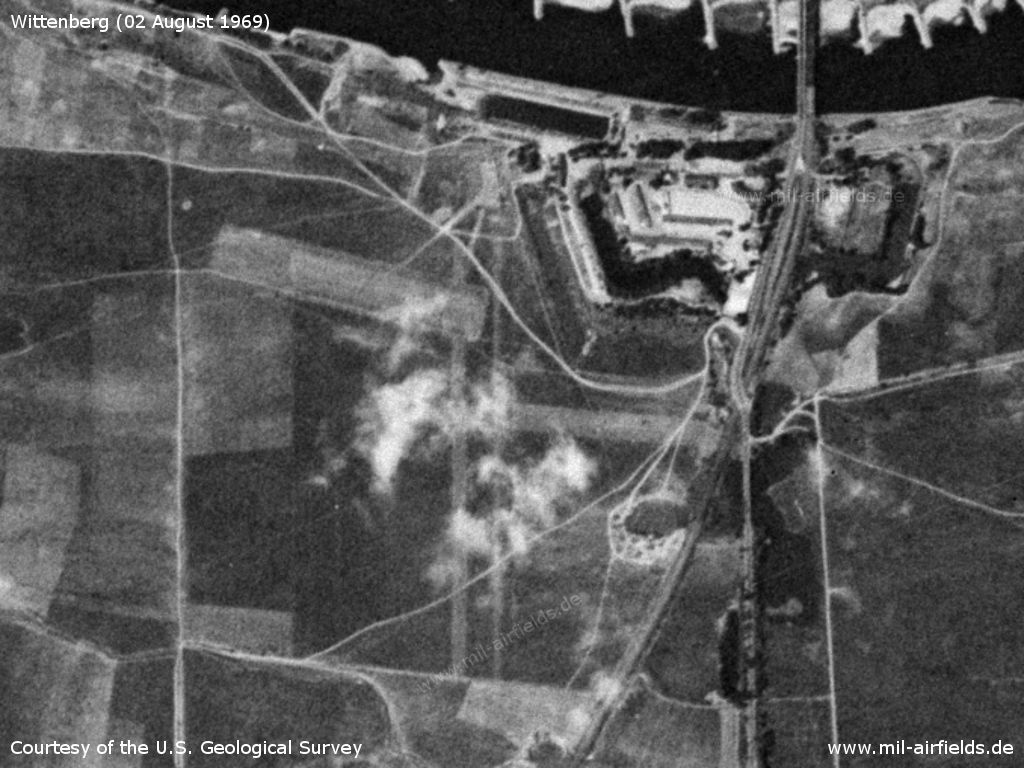 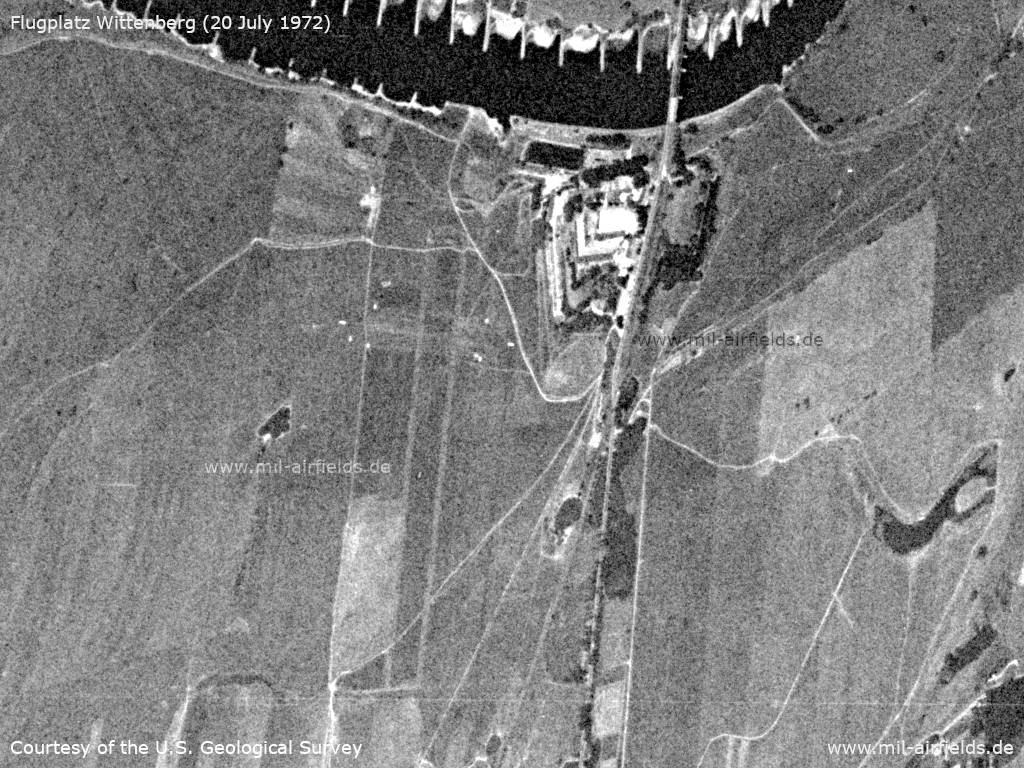 Satellite image from July 20, 1972 - The shot is distorted by the perspective, the viewer looks obliquely down to the left
Source: U.S. Geological Survey 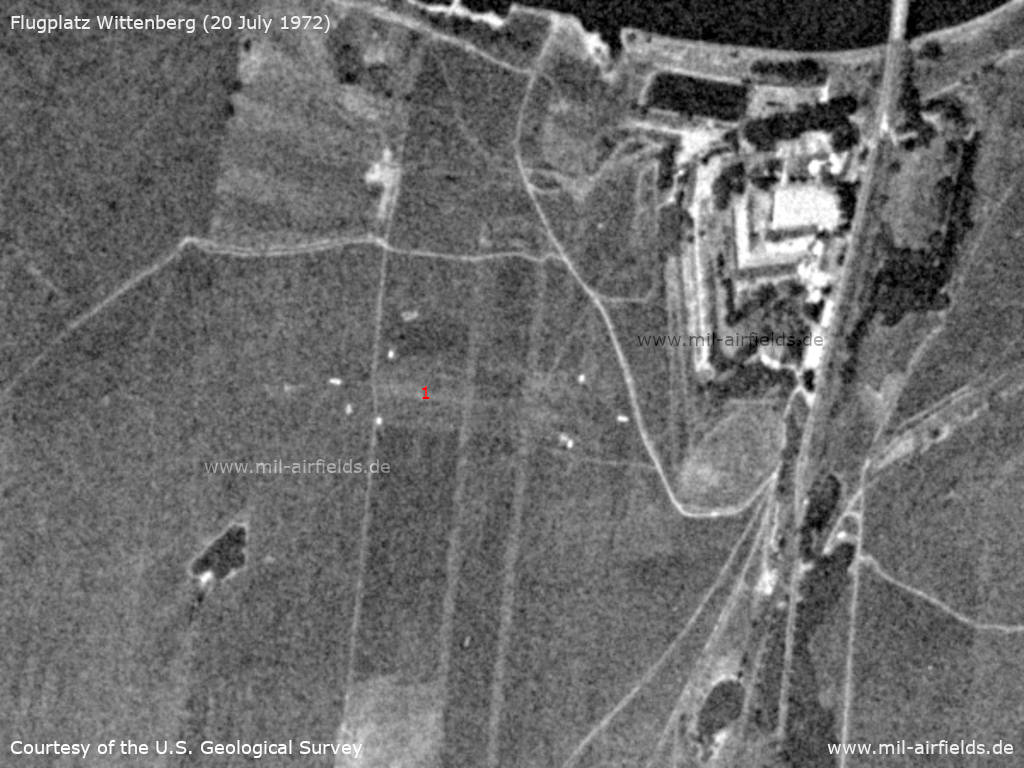 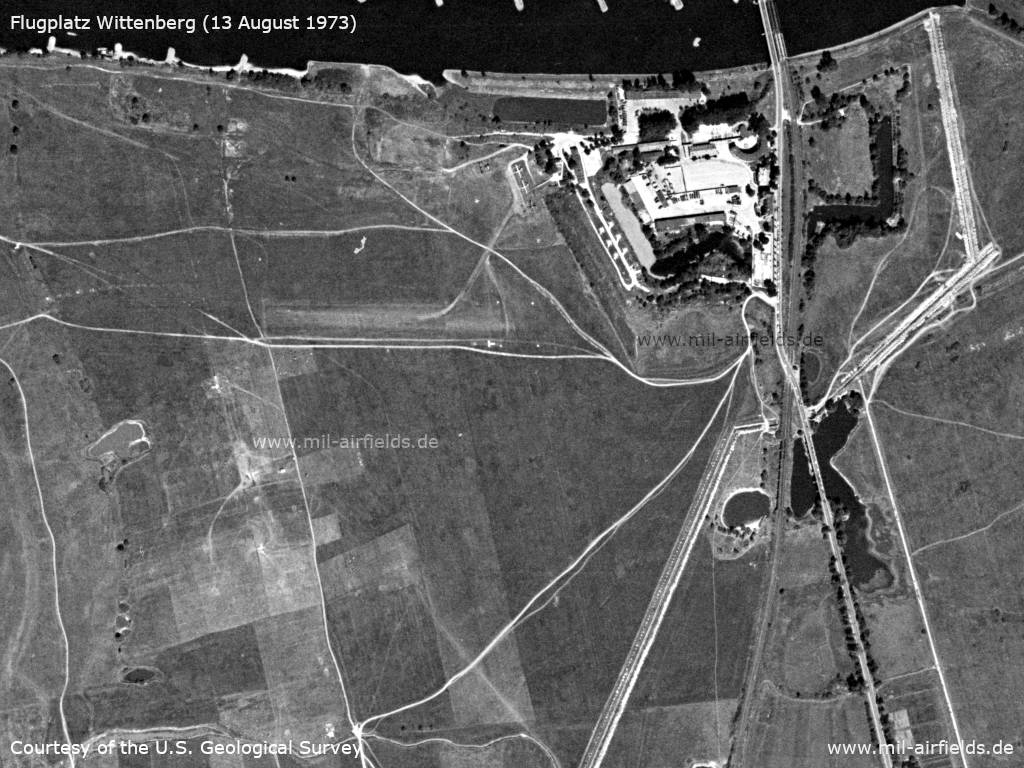 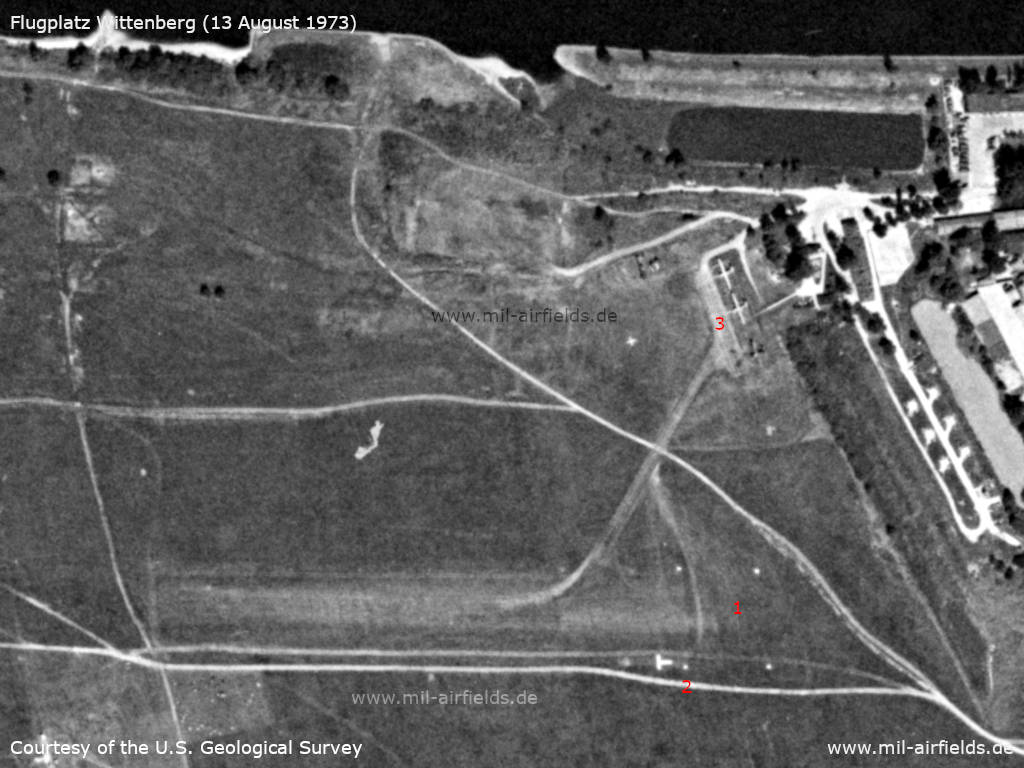 Enlargement - (1) The beginning of the runway is marked by 4 white markers. (2) South of the runway is the landing T. (3) To the northeast, three aircraft are parked next to the barracks. The darker aircraft to the south appears to have a tailwheel and has a wingspan of about 18 meters. This fits well with an Antonov An-2. The two lighter aircraft are probably gliders. They have a wingspan of 21 m, which is quite large (a PZL SZD-9 Bocian has about 18 m, many other models less)
Source: U.S. Geological Survey

Some memories and observations from H2O

"The landing site there was on the Elbe meadows on the southern bank (flood area) of the Elbe. In former times the road F 2 led past it and one could observe the hustle and bustle there. The field was directly at the Brückenkopfkaserne barracks (old Prussian building), which was used by the Red Army. A windsock was present and mostly parked a Yak-12, from time to time a helicopter Mi-4. In my opinion it was a liaison airfield.

Today the barracks became the centre of a camping site with attached marina. The airfield is the annual venue of the airfield festival of the local aviation sports club and is otherwise no longer used."
Thank you very much for this vivid report, H2O!

Oranienbaum Airfield, Germany
only 22 km away 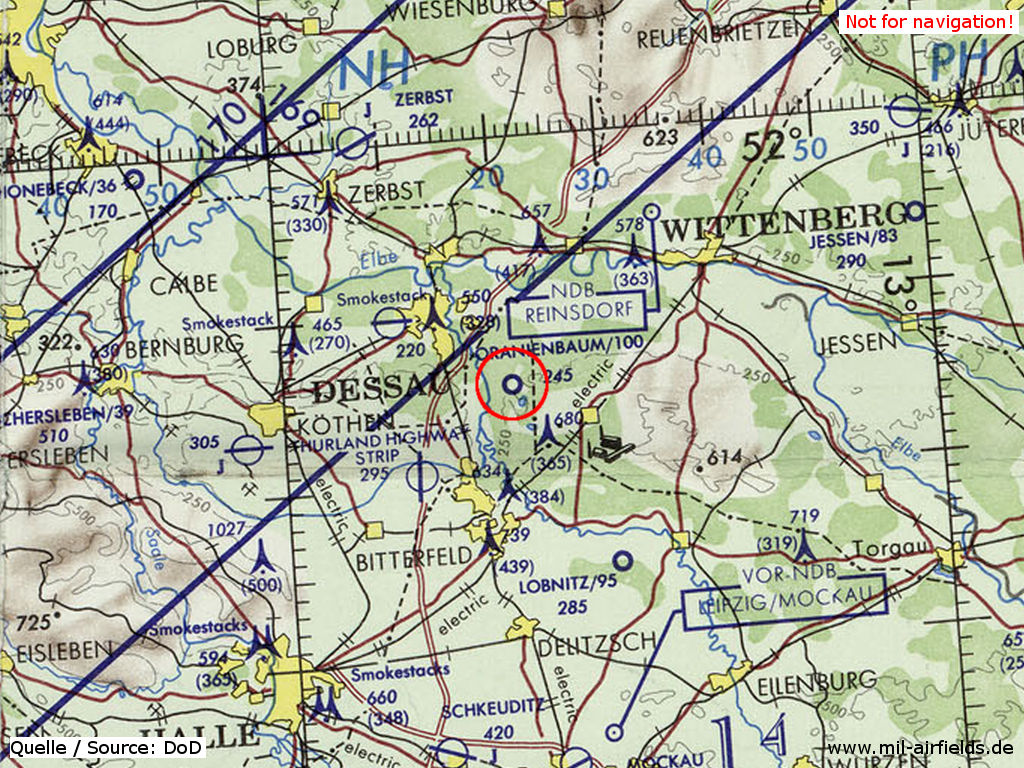 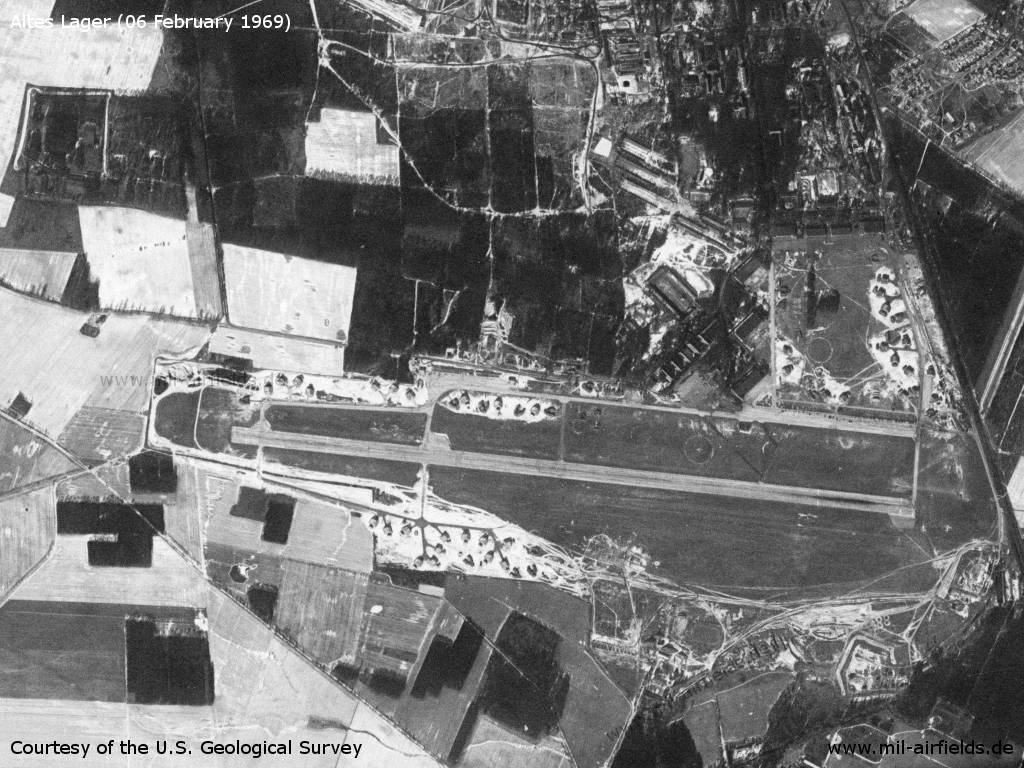 Reinsdorf Airfield, Germany
only 39 km away 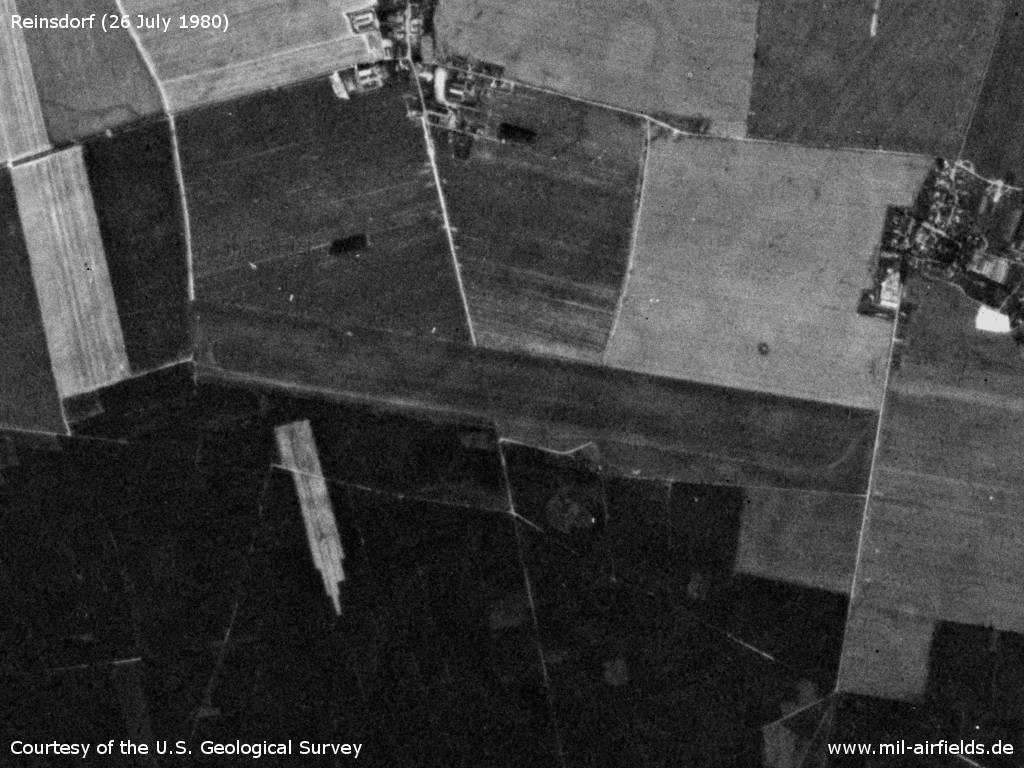 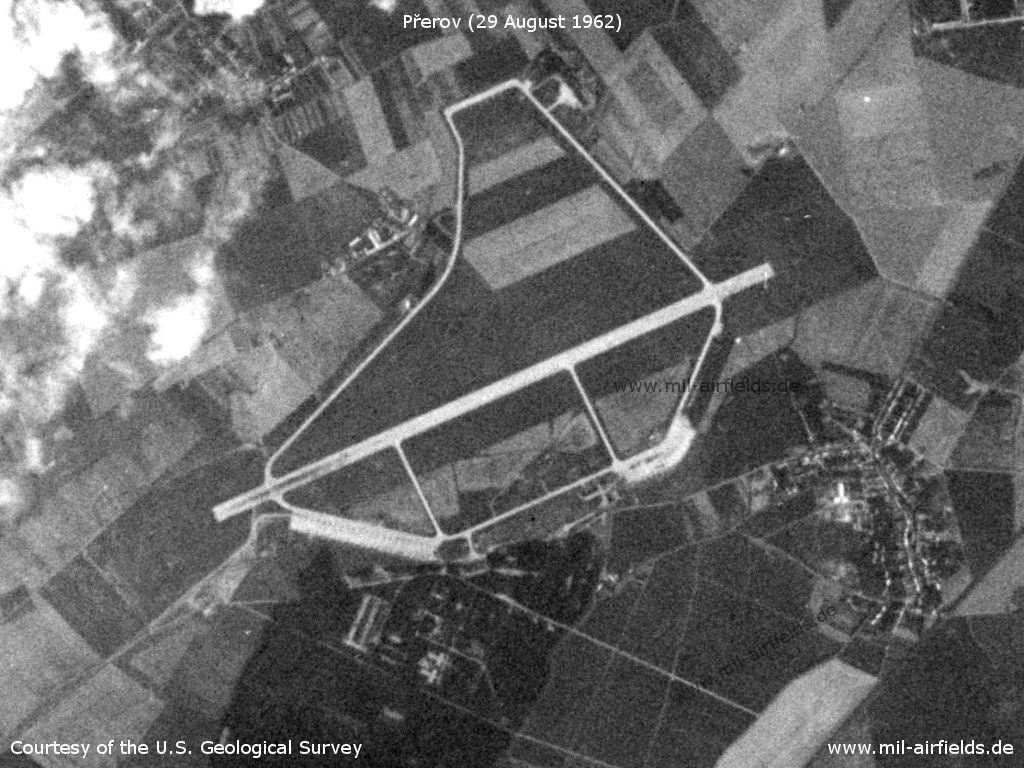