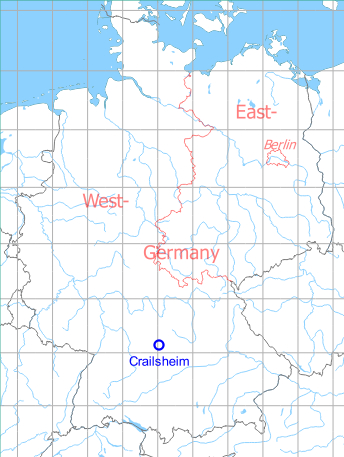 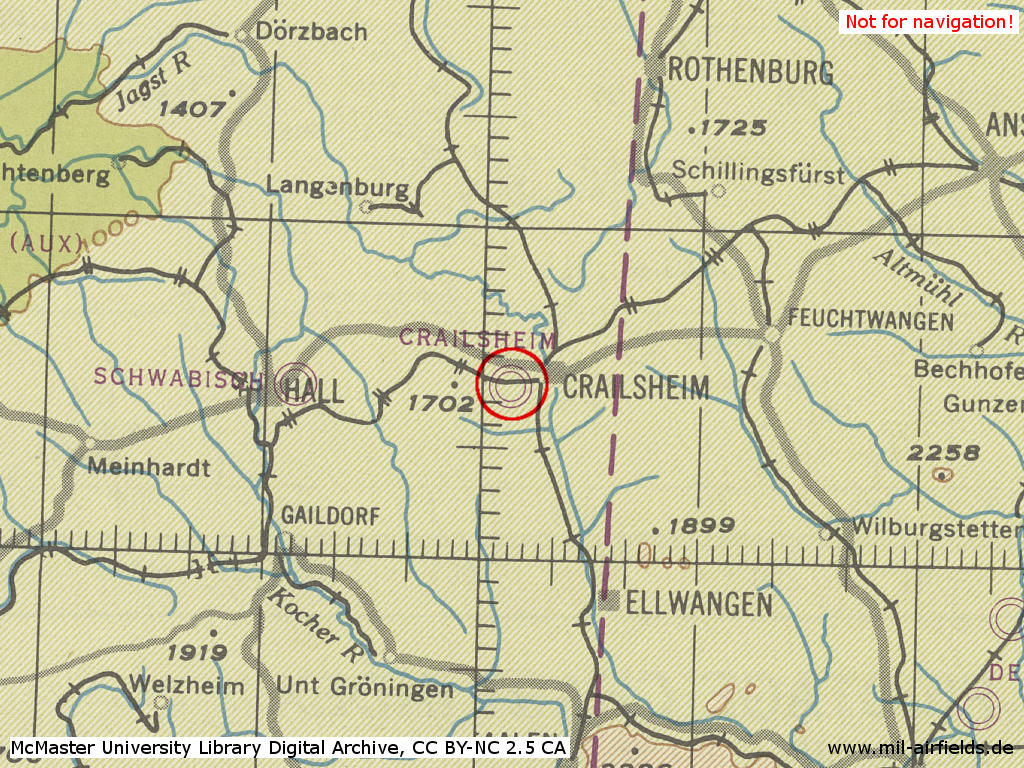 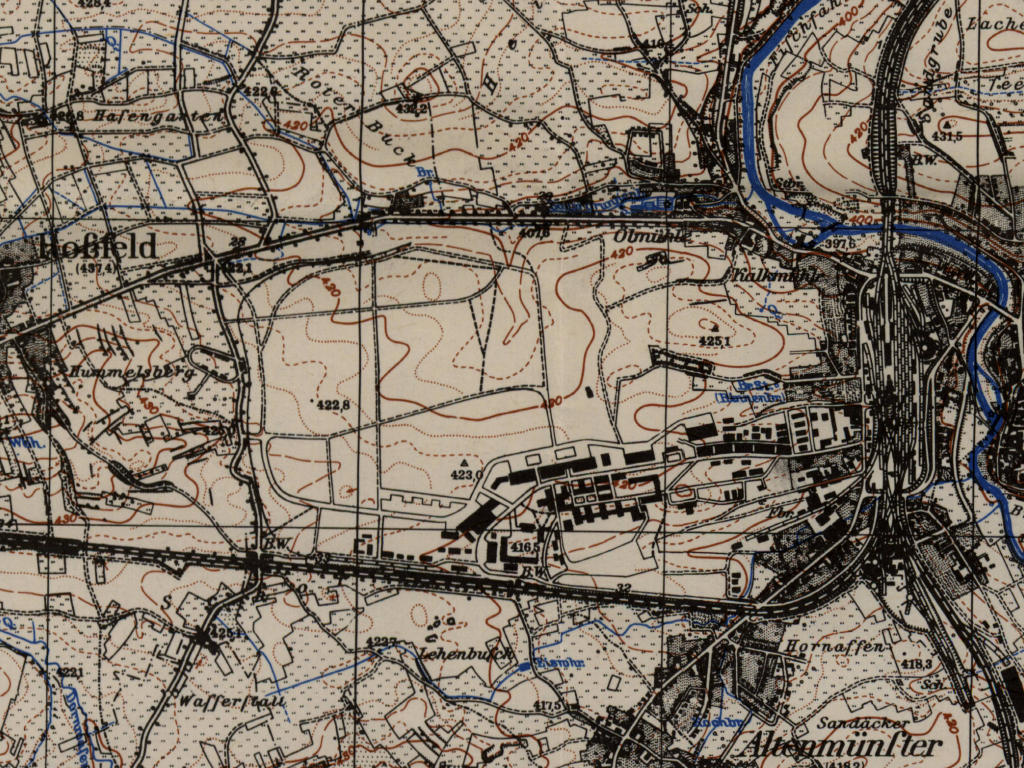 US Army airfield, probably used until the early 1980s. Already in 1971, the airfield was declared as closed to all transient aircrafts and that there were holes in the runway. 10 years later, while still being listed as an Army airfield, it was closed to all aircrafts. Helicopters were advised to use the nearby McKee heliport. From the mid 1980s, there were no signs that it was used as airfield anymore. 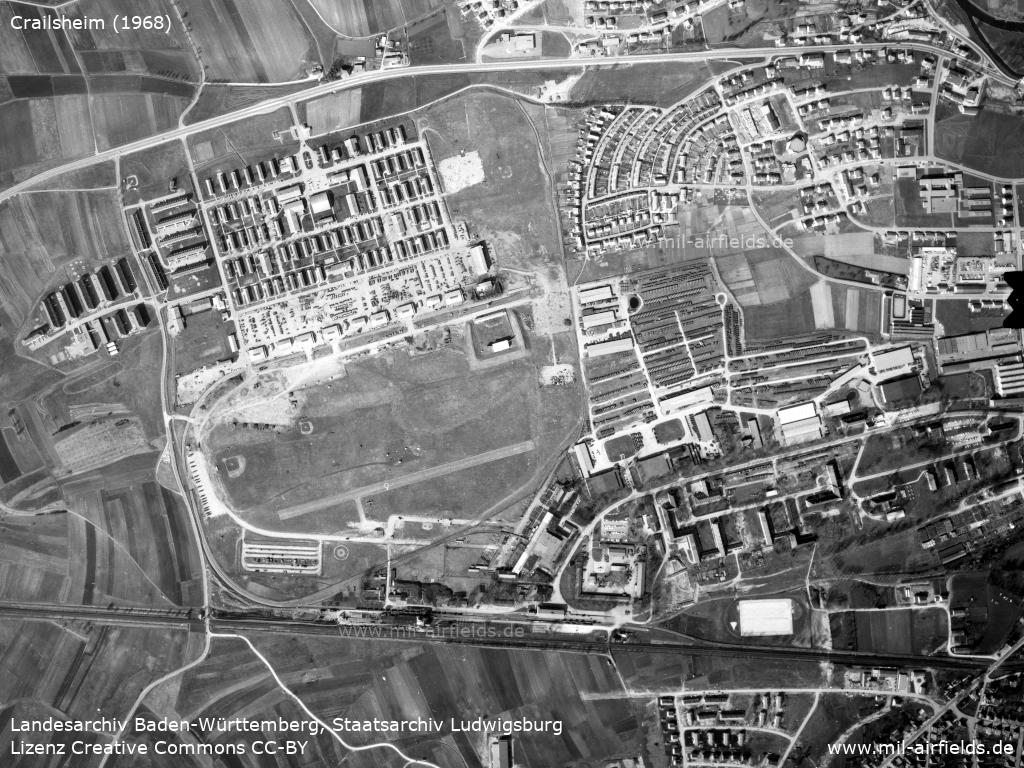 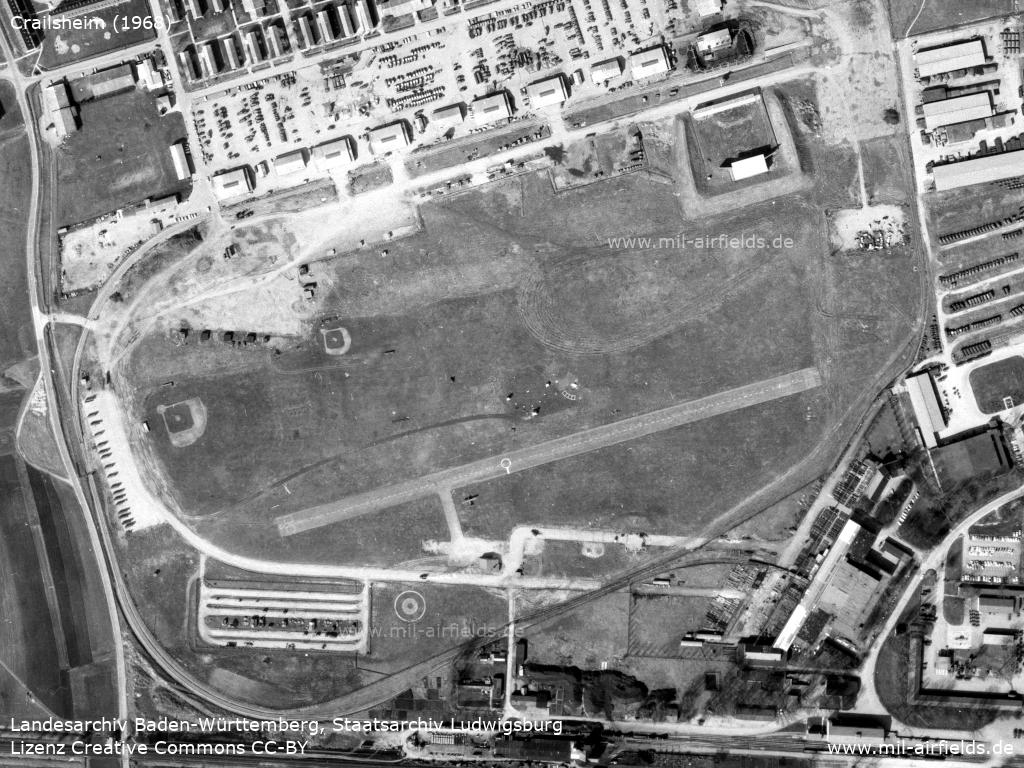 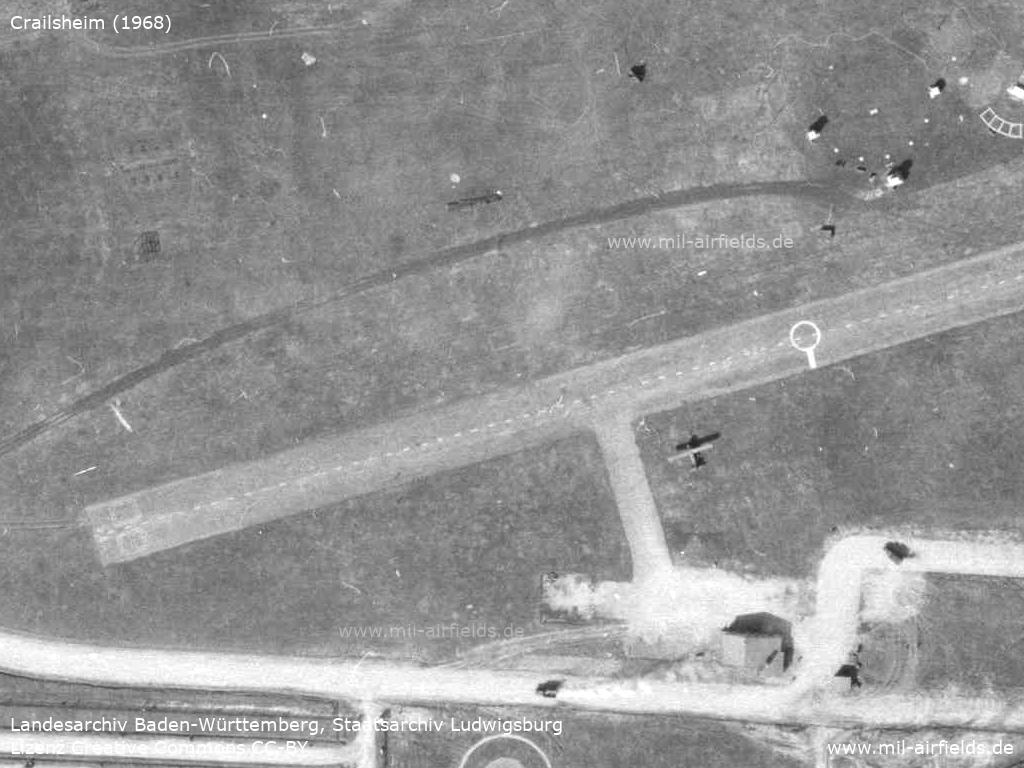 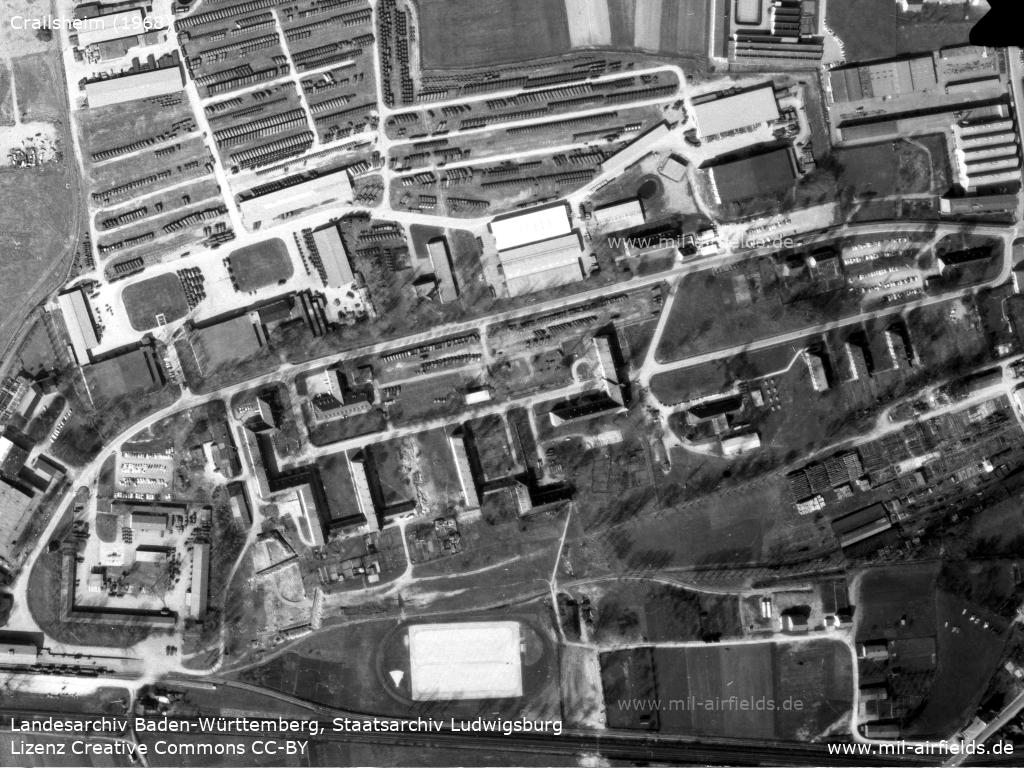 Enlargement: Air base buildings in the southeast 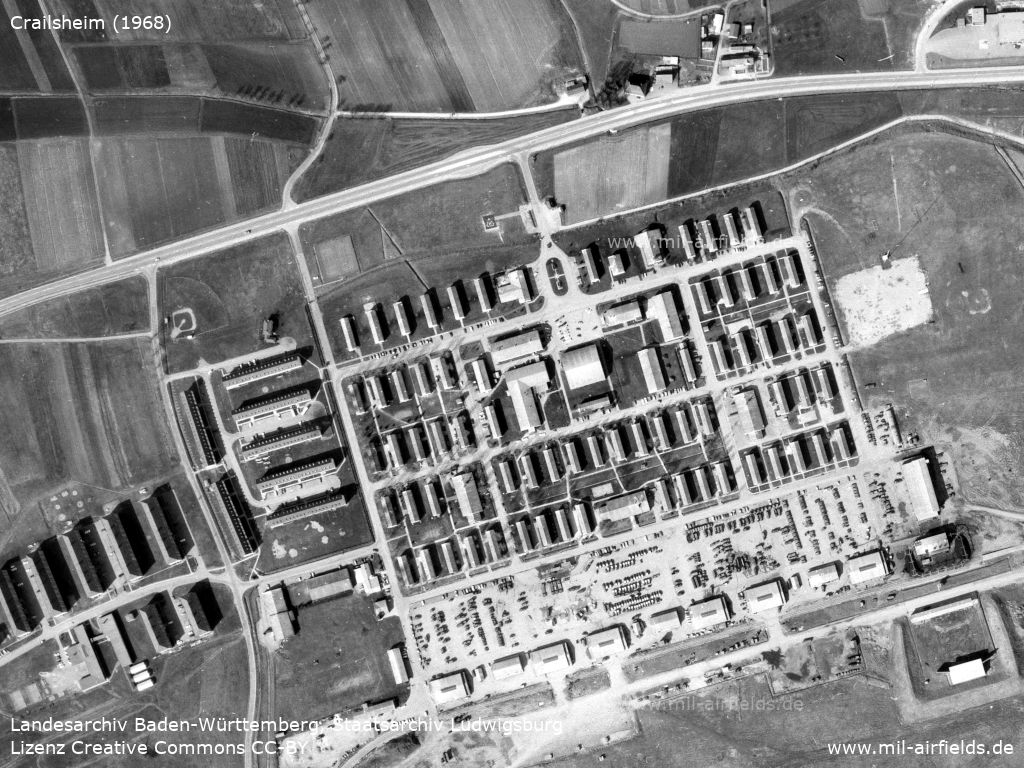 Enlargement: McKee Barracks in the north 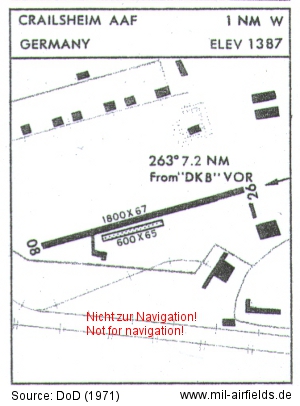 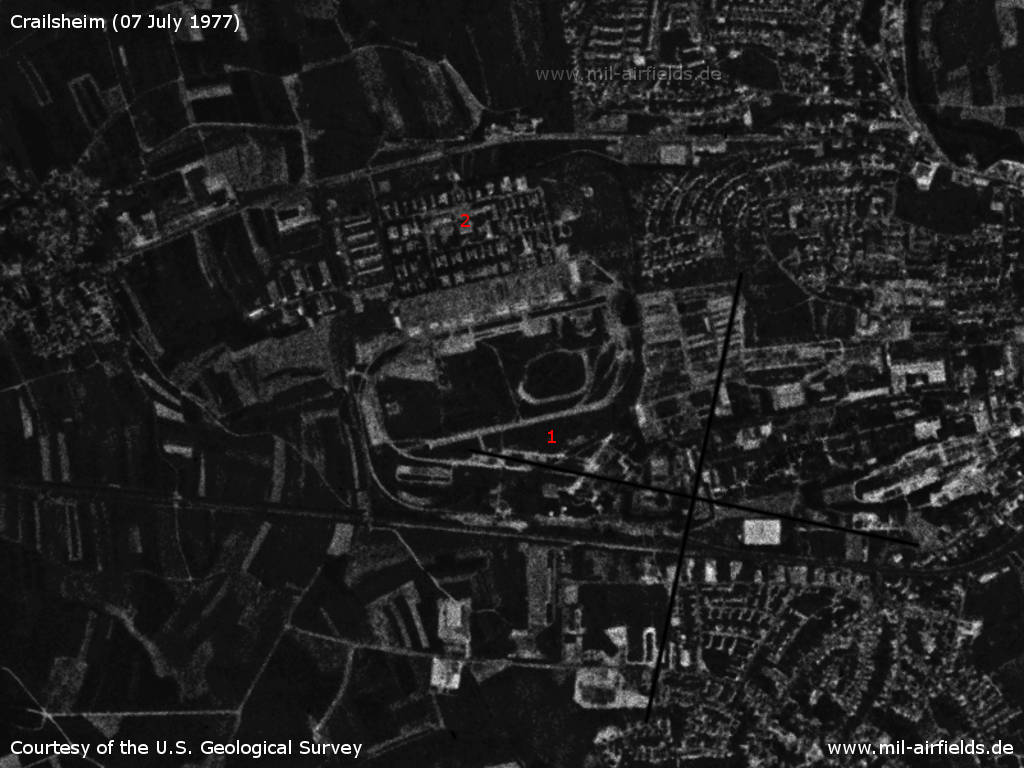 Data for the year 1971:
The runway of the Army Airfield was situated south of the old air base take-off platforms, close to today's Ludwig-Erhard-Straße and ran parallel to this road.

I was an American Soldier stationed at McKee Barracks between 1984-1987. One day a small privately owned jet made an emergency landing on post. The pilot was a former member of the German Luftwaffe. He said that he was flying in the area and started having some serious problem with his aircraft. He remembered that there was a airfield at McKee Barracks from his experience in World War II. He headed for McKee Barracks. The airfield is still there but it was covered with grass. Somehow he put the plane down on the parking lot and street at the back of the post. He put this aircraft in such a position that after it was repaired he had to hire a stunt pilot to get it out of there.
Delbert S. Buttman
Thanks Delbert for this nice story! 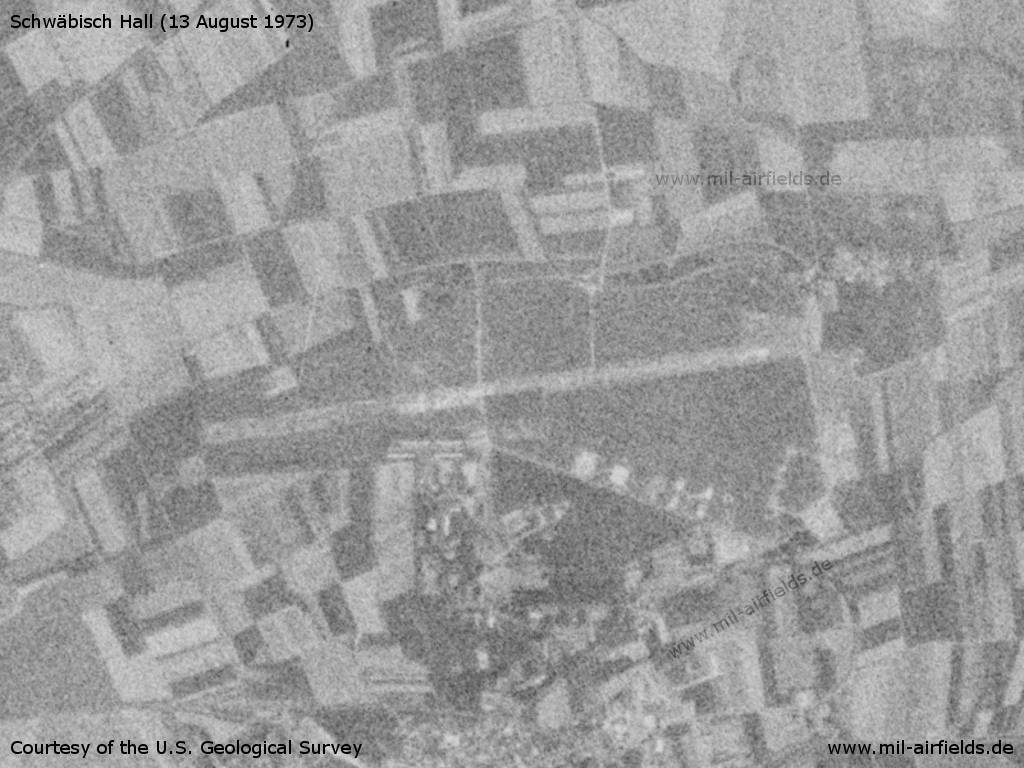 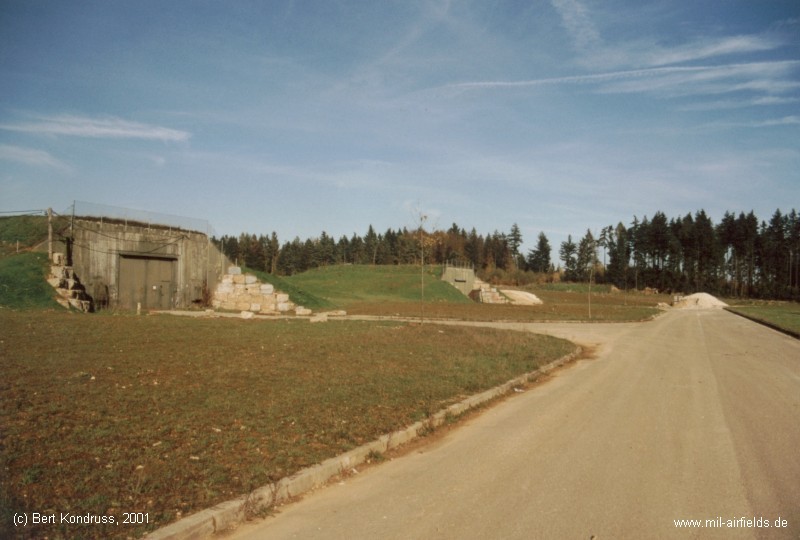 Niederstetten Airfield, Germany
only 29 km away 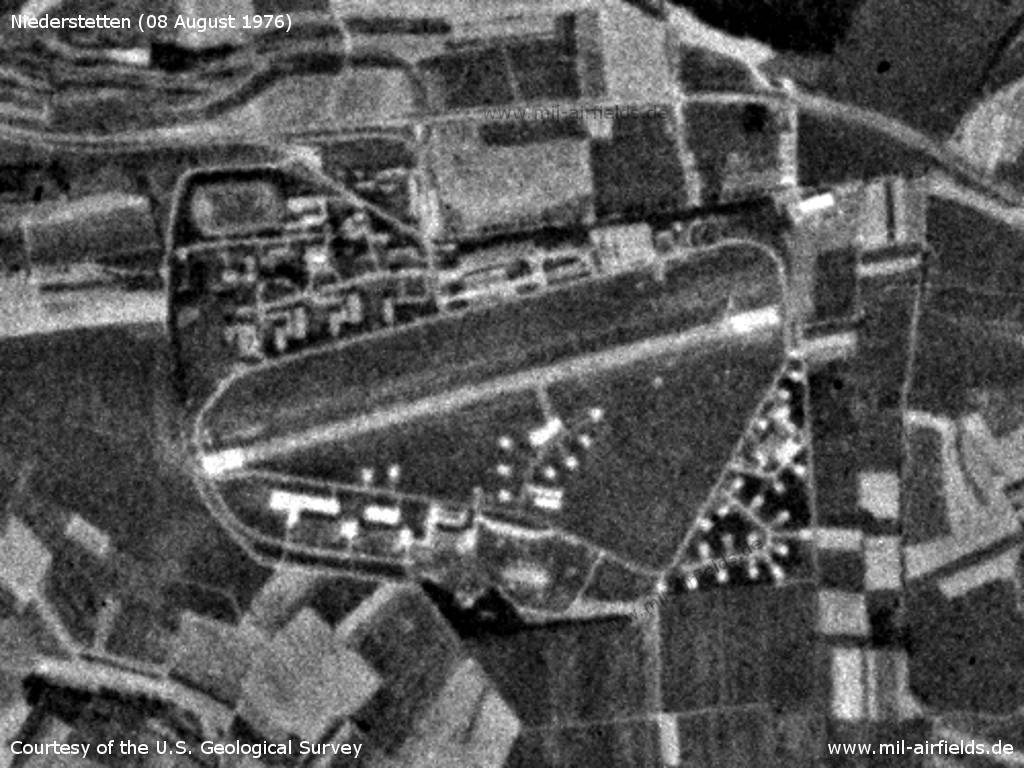 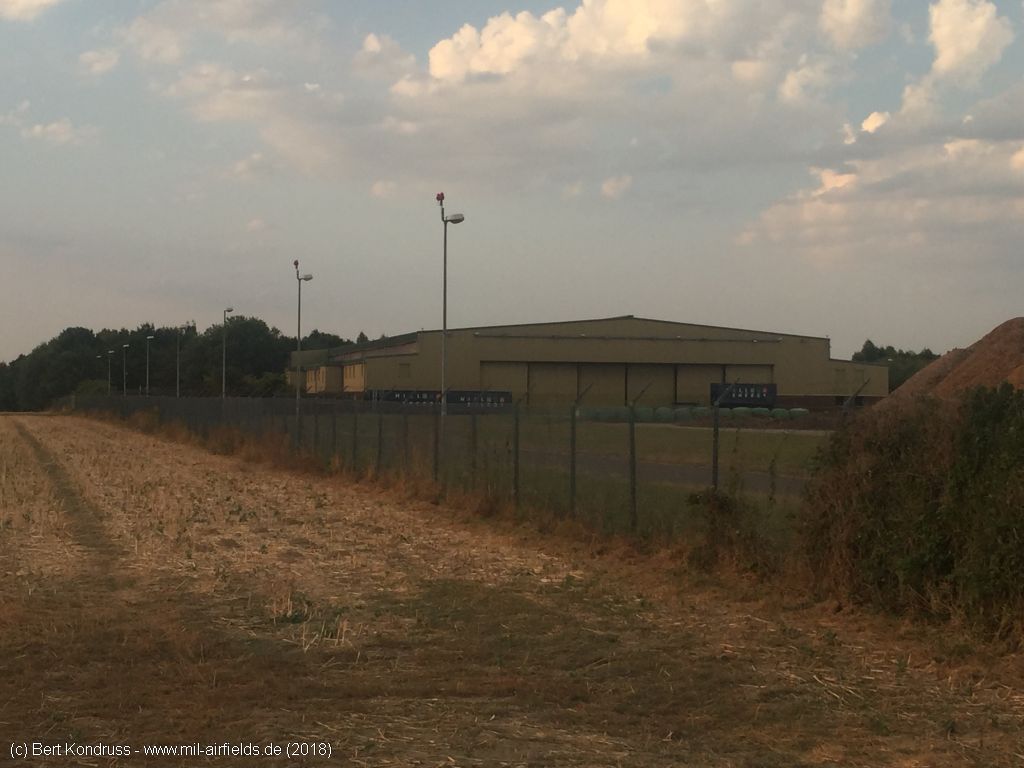